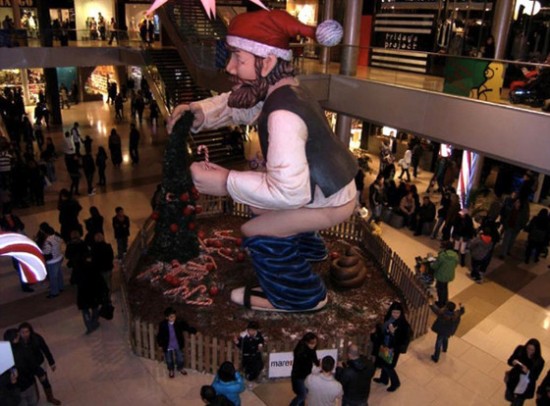 The above is not a Photoshopped pic– the giant elf taking a dump in the middle of a bustling shopping mall is the real deal. This is the Maremagnum mall in Barcelona, Spain and the whimsical defecator is called a Caganer which means “pooper” in Catalan. Apparently these types of figures are typically placed in nativity scenes for Christmas. The tradition’s precise origin is not known, but it dates back several centuries. Today, you can buy poopers in all personalities and configurations, from politicians, sports figures, cartoon characters and celebrities. And all these years we thought fruit cakes were the crappiest presents you could get.