When You’re In Love The Whole World Is Jewish LP

This album was recorded LIVE in Mono and Stereo at Columbia Recording Studios, New York City, January 24,1966. On a personal note, I have to say that 1966 was a very good year. 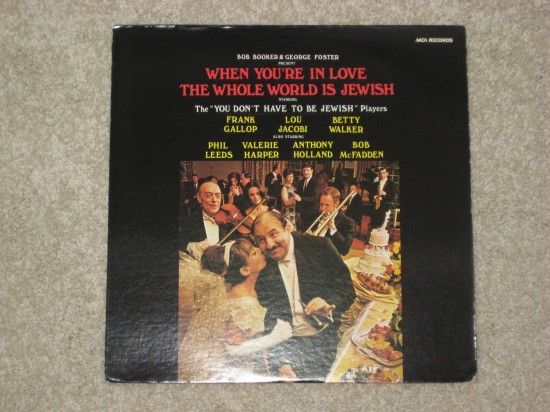 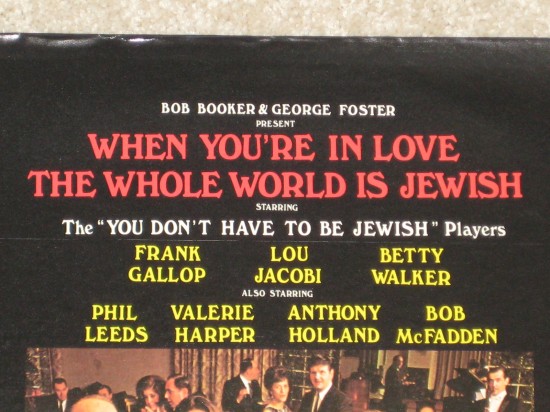 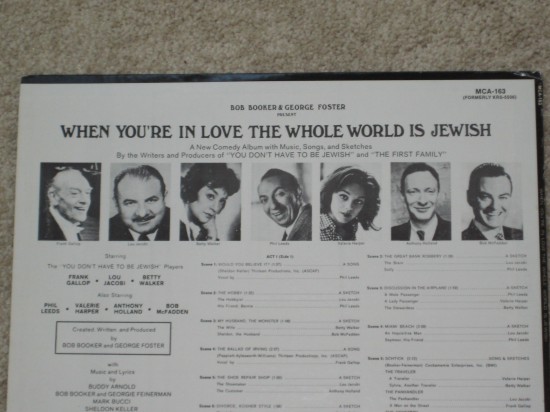 I admit it, I don’t actually have a record player right now. Of course that has never stopped me from buying records for the great cover art! When I finally get my record player I may have to hide from the world for a week or two so I can listen to all my albums.

Until then, there is always the magic of the internet. Would you believe it?