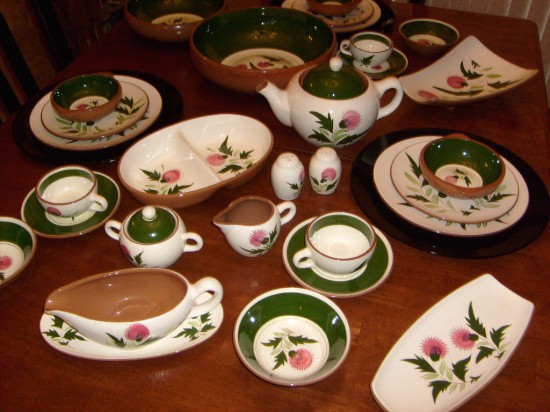 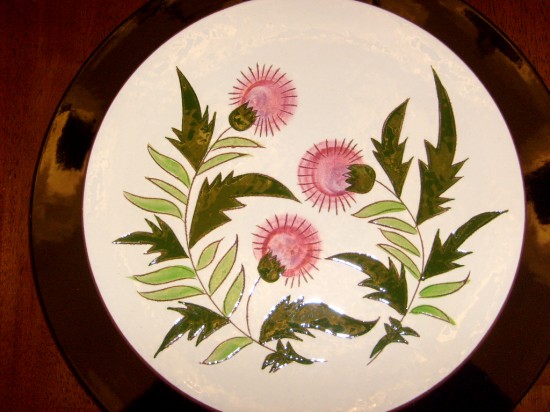 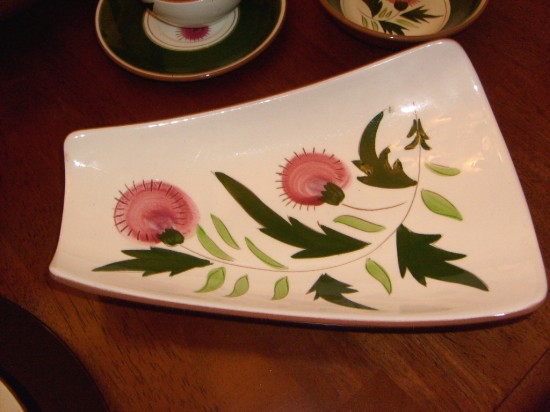 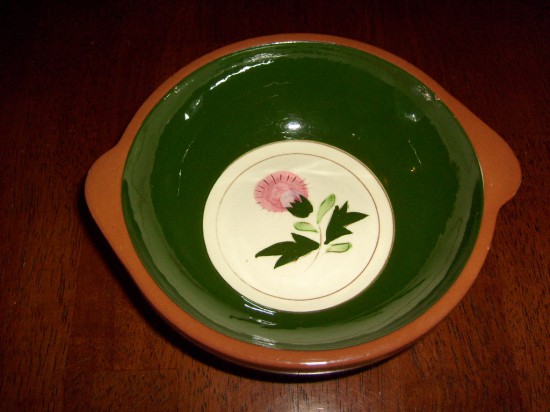 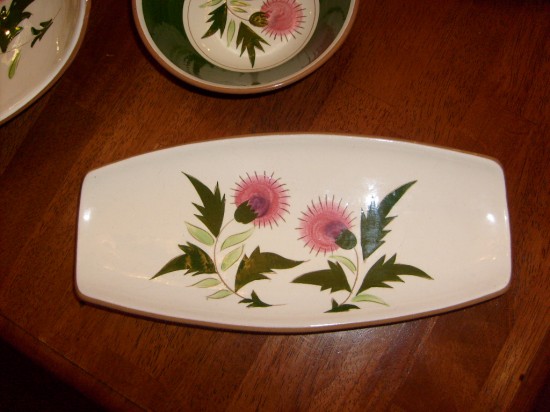 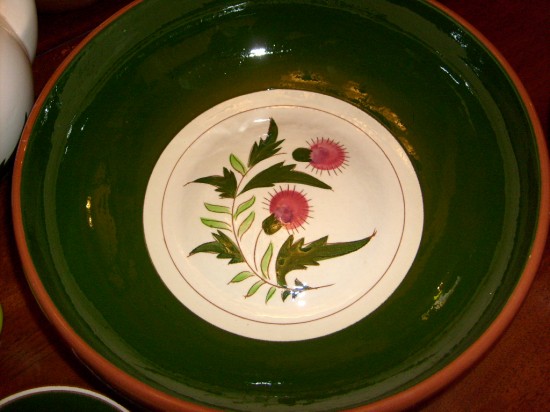 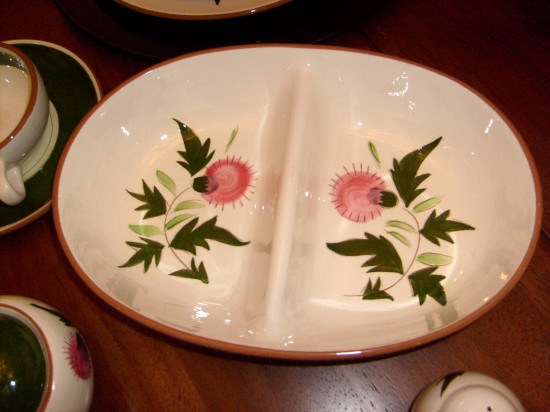 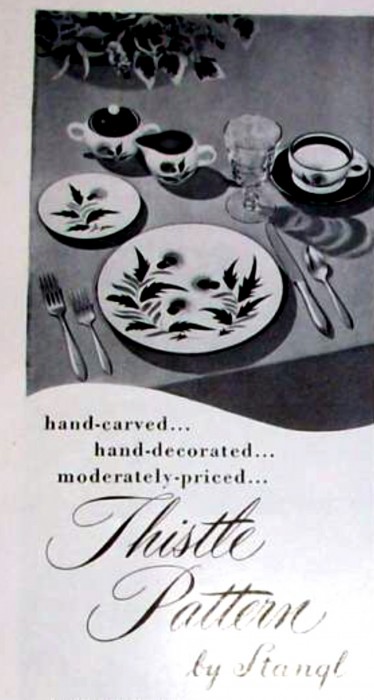 When it come to dishes, I’m a big dish queen! That is, I have five different sets of dishware, and I would have ten more sets if I had the room to store them. This is my collection of thistle dinnerware produced by Stangl Pottery. I don’t use it very often, but decided to get it out for a friend’s birthday dinner recently. Stangl Pottery was begun by J. Martin Stangl around 1930 when he bought the Fulper Pottery Company in New Jersey. However, the company name did not change until the 1950’s when it actually became Stangl Pottery. Then in 1978 the company was purchased by Pfaltzgraff and the Stangl lines were discontinued. In its hey day, Stangl produced many colorful sets of dinnerware often featuring beautiful flower designs and unusual shapes. This thistle pattern (probably the most masculine of Stangl’s flower patterns) was produced between 1951 and 1978 (the full set contains over 50 different pieces including a very hard to find kidney-shaped serving platter). Part of the pattern was carved directly into the clay, and each of the pieces were hand painted so that no two pieces are exactly the same! For the record, purple thistle grows in the wild here in the Sonoran Desert where I live, and sometimes I gather some of it up in a vase. It’s very beautiful, but watch out for the sharp stickers!