John Lennon as an Actor

I subscribed to Ramparts magazine in the 1960’s. I was going through a box pf the magazines and noticed this cover with John Lennon as a badly wounded British soldier. It was from a British anti war movie called “How I Won The War”. It ws a very funny movie and the article has picture of a lot of the great characters from British comedies. 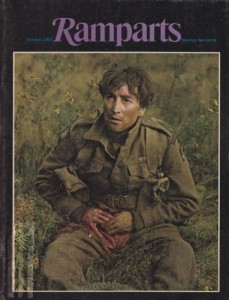 5 Responses to “John Lennon as an Actor”