An (Afro) Monster of a Sale! 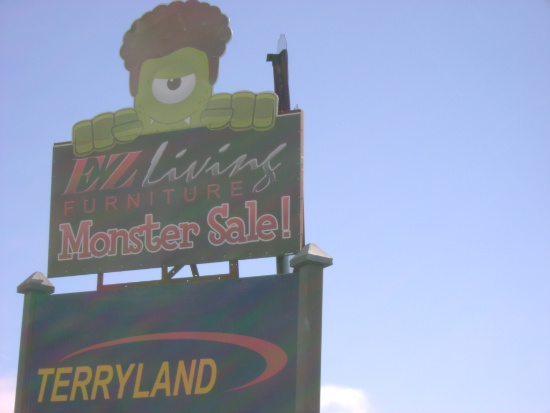 I took this pic through a car window while sitting in traffic in Gallway, Ireland. We were rolling slowly passed it and I started screaming, “Stop the car, it’s an Afro Monster! Stop the car!” which was probably not the wisest thing to do as far as NOT causing panic goes. Oh well, I got the shot and now the Afro Monster of Terryland Retail Park can help show you the way to some EZ living. Also, on further investigation of the pic, (though for full disclosure, I must admit that  I’m not totally familiar with Afro Monster anatomy and physiology) it would appear that judging by the index fingers, this one is a male.