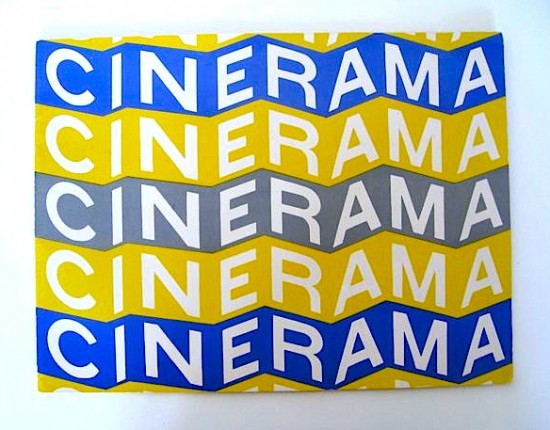 This is a 1953 program for a  Cinerama presentation that was narrated by Lowell Thomas.  The hyperbolic copy says Cinerama is, “a new technique in the art of motion picture story telling… a thrilling experience with a new medium that creates all the illusion of reality.  The is cinerama… the greatest invention since talking pictures.  In Cinerama, you become part of the picture, surrounded completely with action in a wide arc that extends on either side of you as far as the eye can see.” 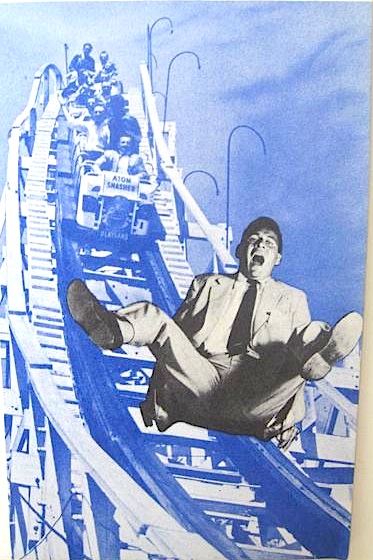 The photo above looks like an outtake from “Vertigo.”  From the program:  “Your seat in the theater is right behind the guardrail of the Atom Smasher at the famous Rockaways’ Playland at Rockaway Beach in New York City.  You swing and twist and turn in the most realistic ride of your life.  You actually gasp and shriek with excitement, holding on to your chair for dear life while the trestlework seems to whizy by on both sides of you.” 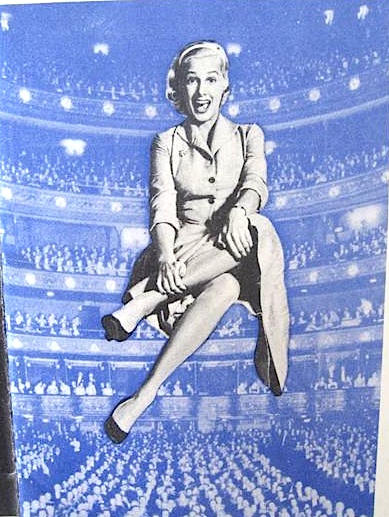 The program apparently included scenes from:  on stage at the La Scala Opera House in Milan, over Niagra Falls, Edinburgh Castle, and America the Beautiful, an aerial flight over the U.S. of A. 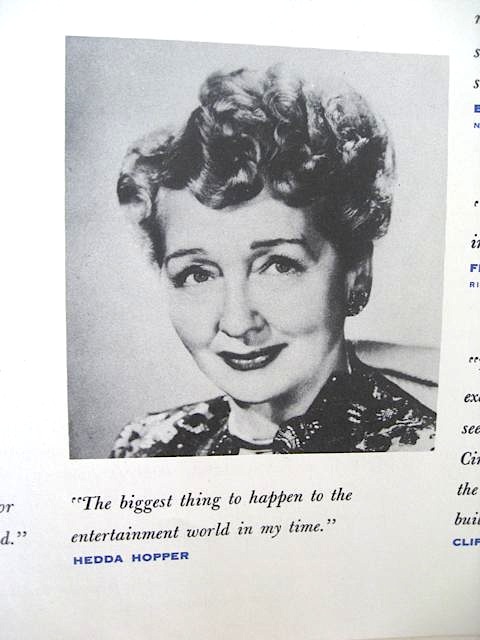 The above is from the “What People are Saying About Cinerama” section.  Ed Sullivan says, “Cinerama is the most exciting thing to hit New York since penicillin.”  (And why exactly is Ed Sullivan so excited about penicillin?)