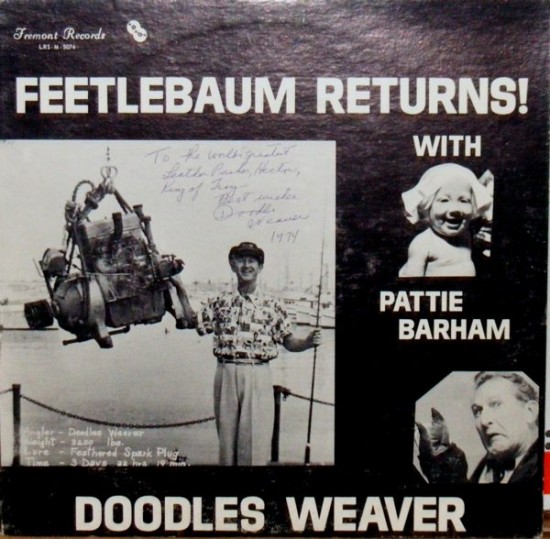 Doodles Weaver was one of my favorite funny men in movies and TV.  I had a chance to see him in person in San Francisco when he was with Spike Jones and the City Slickers. He was in the band but on a closer look, he had a golf club handde in his mouth and was fingering it like a clarinet.  Later during the performance he did his famous Feetlebaum routine. The autograph reads ” To the World’s Greatest Leather Pusher, Hector (Camacho) King of Troy” and signed by Doodles. At intermission, I looked down from my first row balcony seat and saw another Doodles fan, Jack Benny and Mary Livingstone.