A good friend of mine Frank Ferruccio who authored Did Success Spoil Jayne Mansfield? sent me a care package recently that contained this kitschy little treasure. It’s a gag magazine called Jayne Mansfield For President, and it tells the fictional tale of Miss Mansfield presidential campaign. 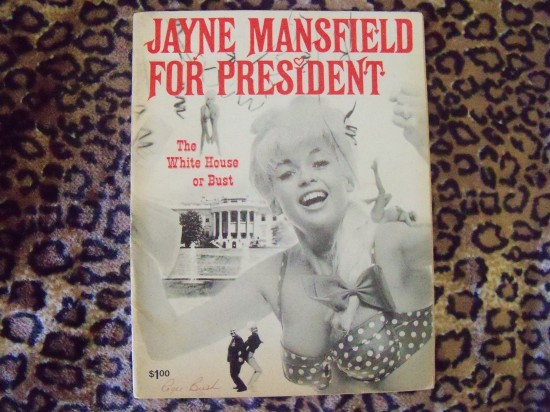 Basically it’s a girlie magazine but with a bizare twist. Most of the pictures are cut and paste images of Jayne in nothing but a bikini in political situations. Also I should note it’s not your mother’s Jayne Mansfield from The Girl Can’t Help It, it was released in the mid-60s when Jayne went through her “mod” period. Out with the finger curls & evening gowns and in with the beehives and miniskirts! 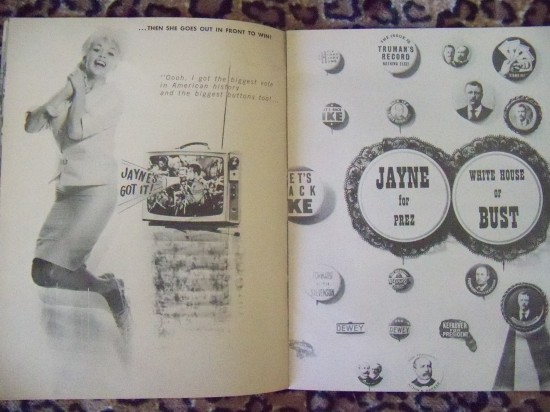 The page reads: …Then she goes out in front to win!

“Oooh, I got The Biggest vote in American history and the biggest buttons too!…” 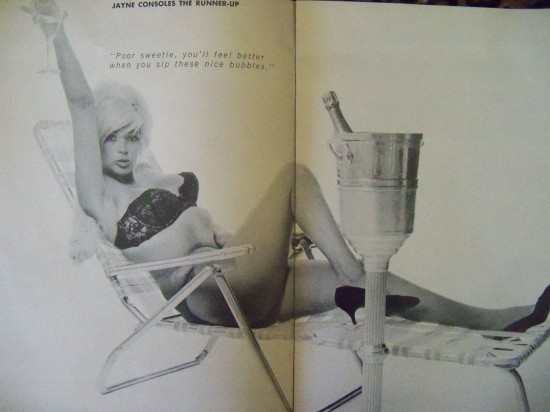 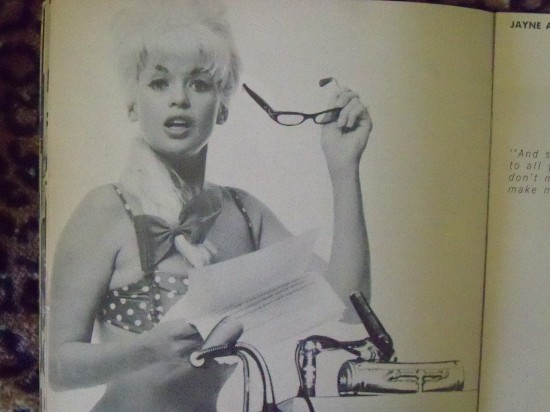 “And so I say to all you sweet congressmen don’t make more laws– make more love!” 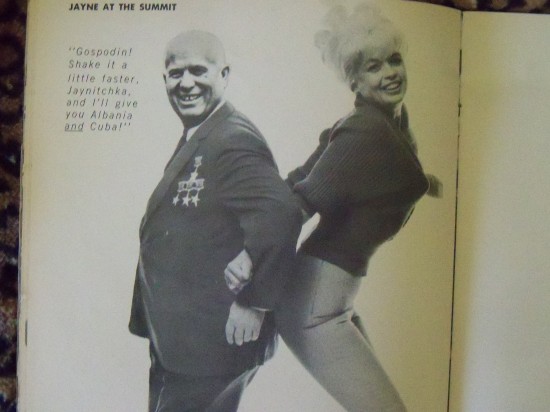 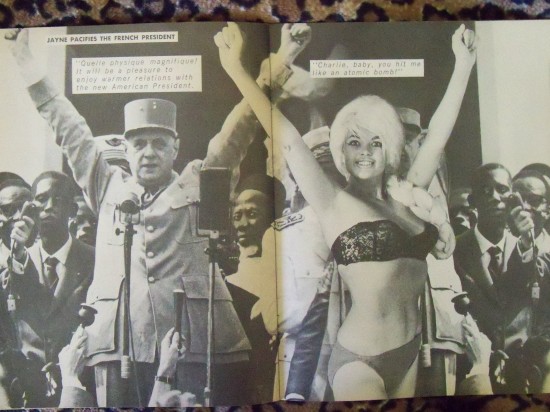 “Quelle physique magnifique! It will be a pleasure to enjoy warmer relations with the new American President.”

“Charlie, baby, you hit me like an atomic bomb!” 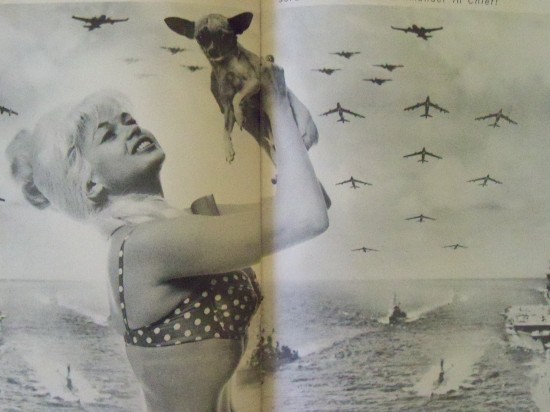 “Oh Galina; isn’t it wonderful to watch our boys scramble for their commader and chief!” 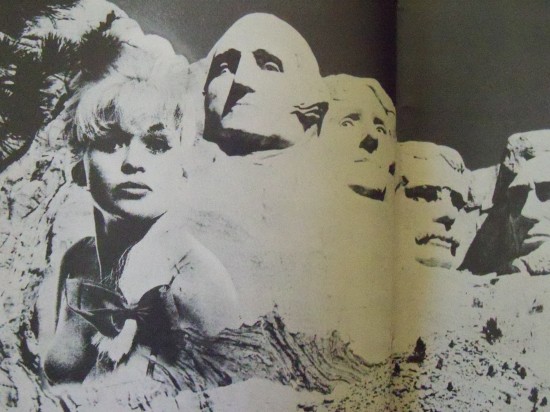 And so… A new bust rises on Mt. Rusmore

I must say I really cherish this book and will probably read it to my children someday. It’s so cute I wish it were true.

One Response to “Jayne Mansfield For President”