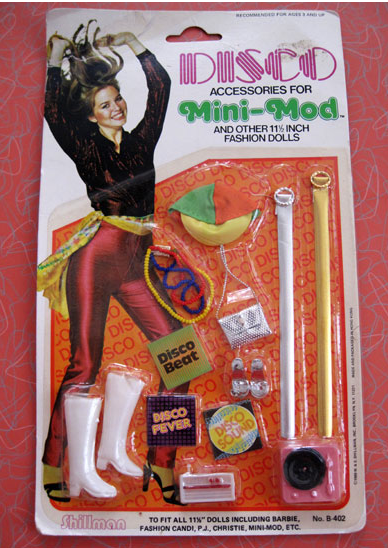 I love these kind of toy kits that are slapped together to take advantage of some current trend because the contents are usually cheaply made and wrong. This card of Disco accessories is no exception. For example, the model with the sky-bound hair looks way more trashy 80’s than stone cold funky mid-to-late 70’s, which is what anyone gracing anything that has the word ‘Disco’ on it should look like. Although I suppose her hair transcends any decade: The scarf is a nice touch, though placement on anything other than the neck doesn’t seem optimum for Disco dancing. 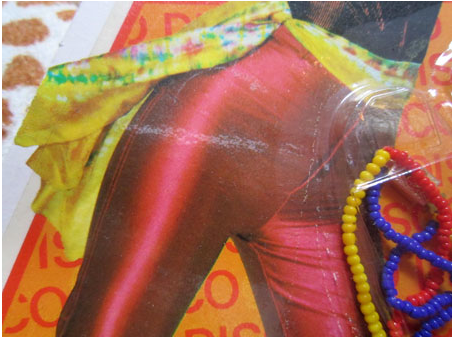 And shouldn’t the model be wearing platform Disco shoes and not heels she might have worn to a tea at the Holiday Inn?! They could’ve at least found a stock shot of someone wearing appropriate footwear. Even the enclosed Go-go boots, tre passé in the the Disco era, are wrong. 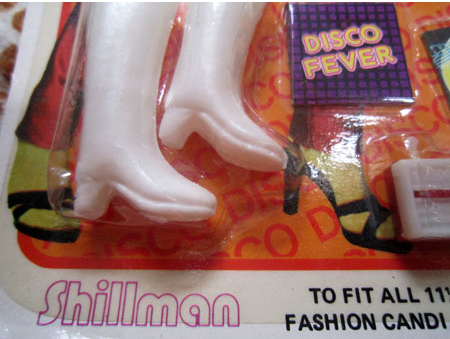 And look at the different belt lengths. Is this in case of the doll’s weight gain or loss? 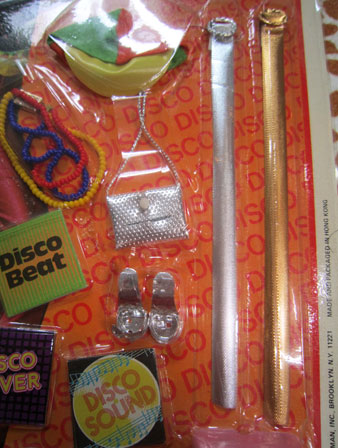 I guess I can understand that sizing approach in belts but not in shoes. You either have one size feet or the other. A lovely but somewhat limited selection of jewelry is also provided: 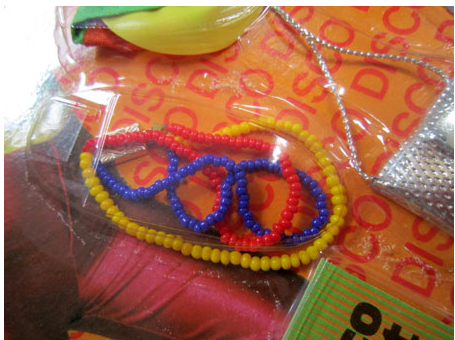 But what on earth is this? A beach ball cover? A beach-themed yarmulke? An example of sloppy stitching? 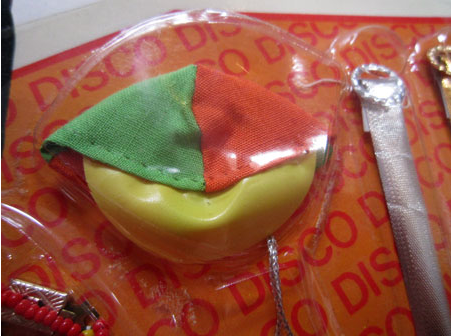 I love that all the record titles have the word ‘Disco’ in them, lest we forget that these are DISCO doll accessories. 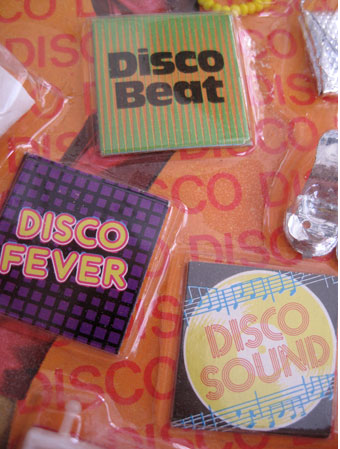 At least they got the Disco font right. Then again, the “D” is suspiciously like the ‘O’ so maybe not… 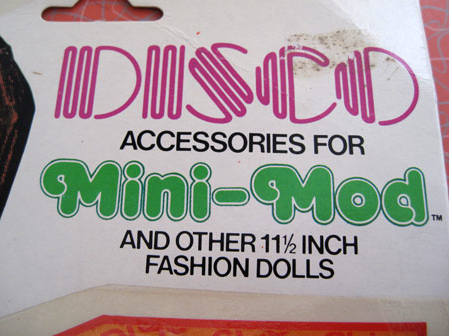 I was much better dressed when I co-wrote this (thankfully) Disco classic: 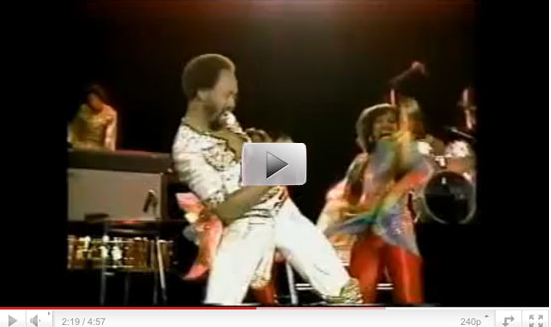