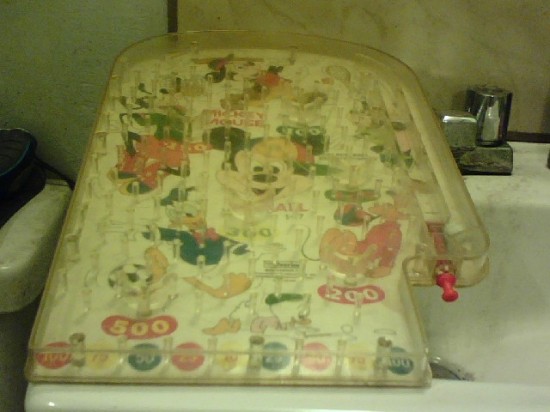 About thirteen months ago I saw another akitschionado’s post of  a Booneville 500 pinball lap game — well here’s a Disney version. Mickey’s face features prominently, but I’d like to point out that Goofy, that master of Sports, is all out playing tennis at top right, and basketball to left. Donald Duck also has a soccer ball. 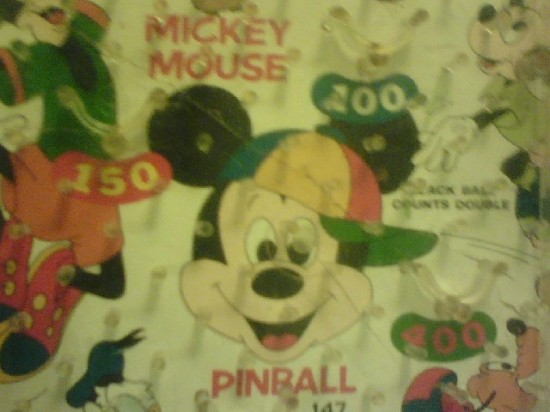 Originally, I believe it contained at least three balls to shoot into play (one black and the others white); game face indicates points are doubled for scoring with the black. The cardboard backing curled away from the plastic enclosure at some point so I only have one marble left.