After seeing Bob’s post the other day about the mini bottle of Tabasco sauce, i remembered the below submitted items for your perusal… 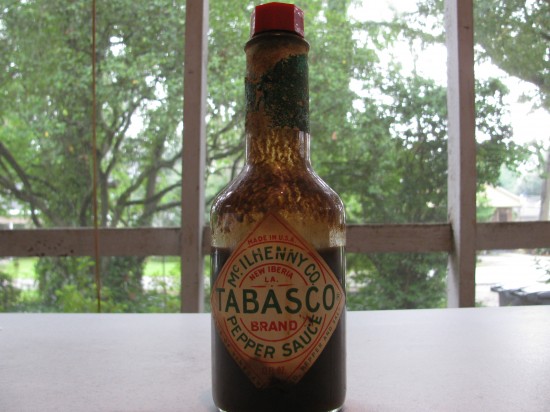 This bottle is ancient, over 20 years old. I got it for Christmas one year from an ex-brother in law. He knew someone who knew someone, etc….From what i remember, the Chairman of the McIlhenny Co., Mr. Walter McIlhenny, would personally sign labels once a year. He’s now dead so i guess these would be fairly rare. 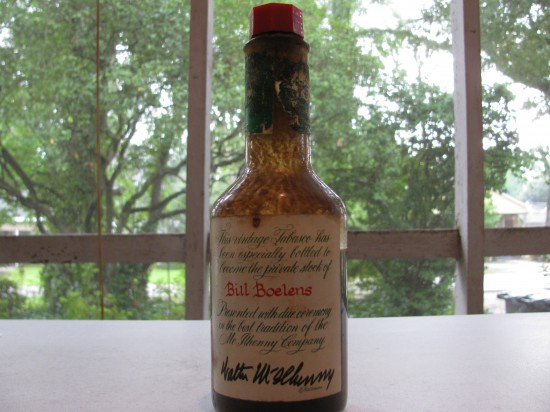 “This vintage Tabasco has been especially bottled to become the private stock of ME!! Presented with due ceremony in the best tradition of the McIlhenny Company” signed by the Man himself, Chairman 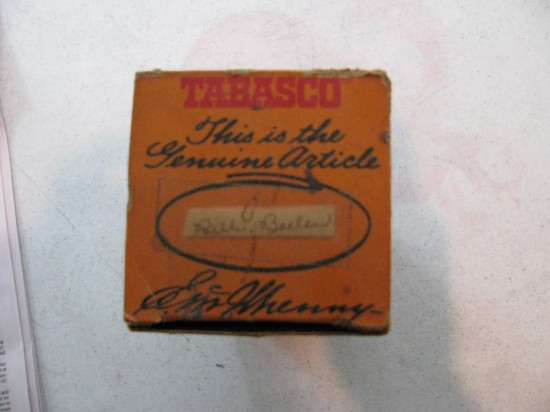 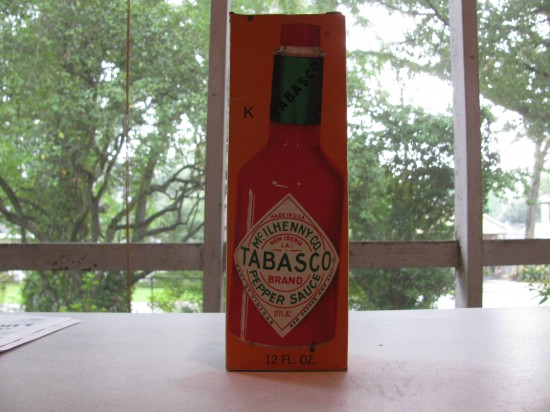 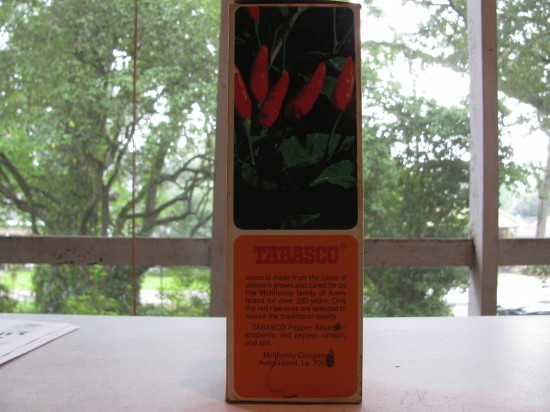 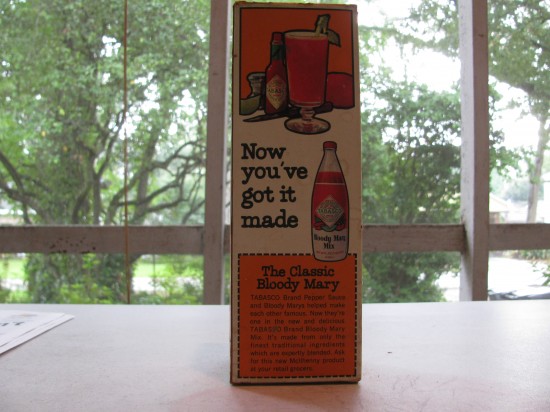 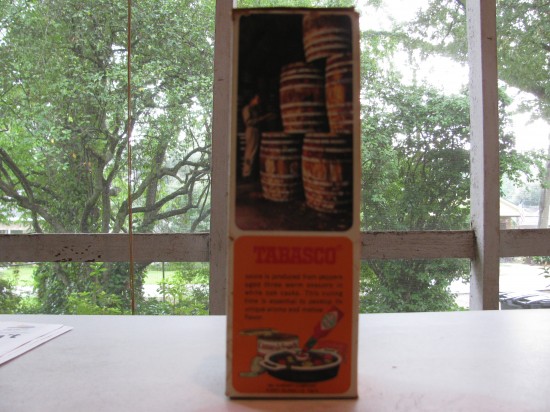 My papa’s bottle “aged” a bit better than mine did….and he used all of his whereas i didn’t quite finish mine…tho i have gone thru more than a few bottles since getting this one. 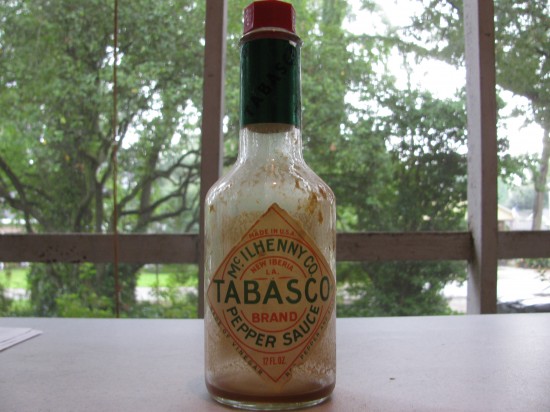 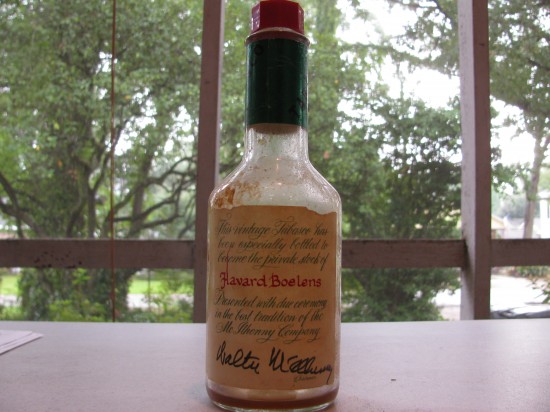 Avery Island, where Tabasco sauce is made and bottled, is over by New Iberia, La. That’s just a couple of hours away from me here in Baton Rouge. The only time i did go to Avery Island that i can almost remember was way too long ago for me to actually remember…must make a note to make a day trip…..In the flat coastal plains of South Louisiana are curious structures rising above the marsh, that are called “islands”, of which there are five in Iberia and St. Mary Parishes. These “islands”, Jefferson, Avery, Weeks, Cote Blanche and Belle Isle, are salt domes. Yes folks, that’s where most of the salt consumed in the continental US comes from. Sometime back in the 1860s someone at Avery Island came up with the idea of combining that salt, vinegar and some of those tabasco peppers into a concoction that was quite spicy, tasty and went well with food as a seasoning. And i can testify to ya brothers and sisters, that this Tabasco sauce works real well with just about any food you can imagine, best used in large quantities too, uh huh….