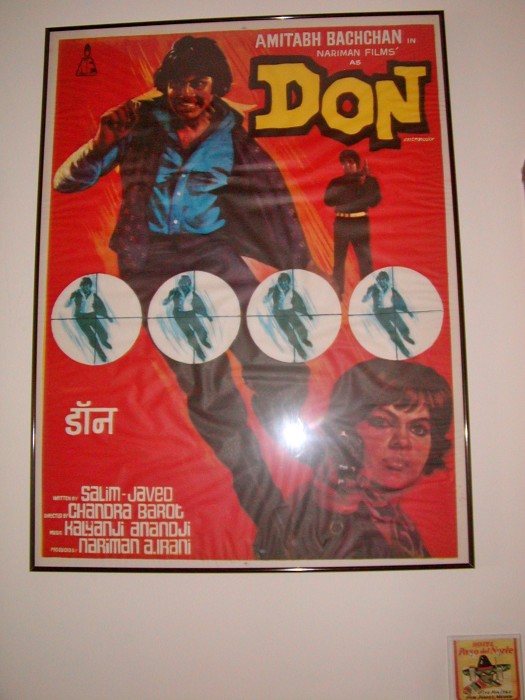 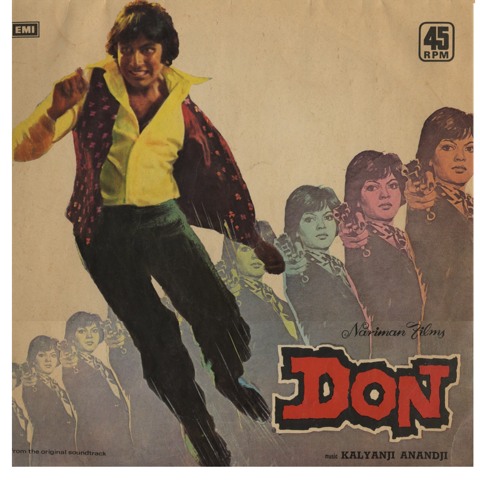 I love Bollywood, especially the films from the 50’s/60’s/70’s and early 80’s. Actually, I love all South Asian cinema from those decades, be it Bollywood, Tollywood, Kollywood, Lollywood, or any of the other myriad regional cinemas from India’s 22 languages and Pakistan’s half dozen. The film poster and movie soundtrack here is from one of the greatest of all the “brownsploitation” films of all time, “Don” (1978), starring the great Amitabh Bachchan as the head of the Bombay mob….and also as the “double” who infiltrates the mob. You can see the incredible opening credits here : http://www.youtube.com/watch?v=gRi20kAZ1gU&feature=related, with the fantastic funky theme song written by the Shah brothers, Kalyanji and Anandji. Bollywood films are monuments to kitsch, especially ones with “cabaret scenes” or “item numbers” starring India’s greatest femme fatale, Helen. (She’s in this film!) They’re long, weird, colorful…and they’re cheap to buy on dvd and have subtitles. I’ve spent a lot of time in India and have bought hundreds of them. When I found this poster in NYC, however, I almost lost my mind! The LP came from a recordwallah in Bombay’s Chor Bazaar (“thieves market”)

3 Responses to “Hooray For Bollywood!”