I found this hilarious, 1970’s rust-colored, one-piece, 100% Polyester Men’s jumpsuit at a garage sale.  The woman who sold it to me said it belonged to her (no longer living) father who was a character actor, and proudly mentioned he had “exquisite taste” in clothes.

My 5′ 6″ frame would swim in this, so I corralled my 6’4″ friend, Todd (not his real name) into wearing it for a photo.  Turns out he was way too big for it as you can see, but it made the picture that much funnier. The tag inside states that it’s a Medium but  Todd says it will probably fit a guy between 5’8″ – 6′, adding the tighter the fit the better to showcase the junk. 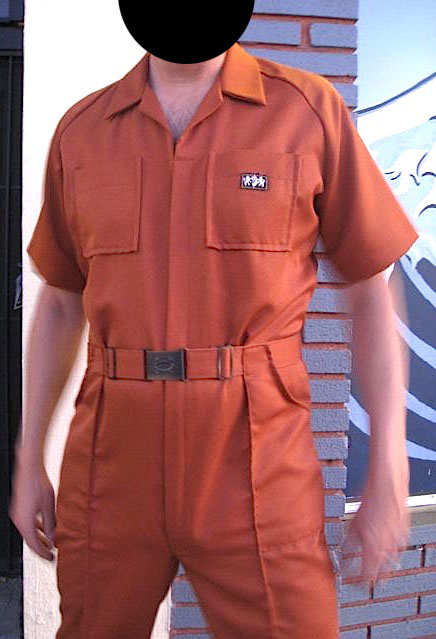