HEY EVERYBODY, IT’S THE ALLEE WILLIS FAN PAGE FOR THE “CHILDSTAR” ALBUM! 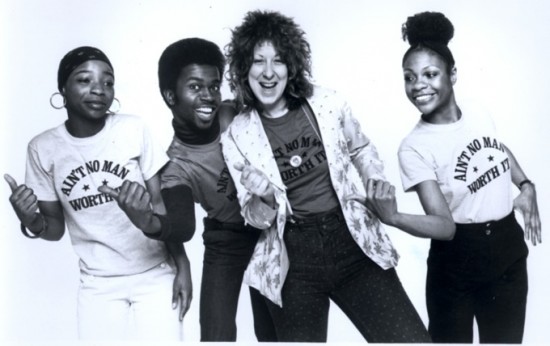 This is a publicity still from the “Childstar” sessions.  I recently created a fan page on Facebook for the album, “Childstar”, a little place where anyone and everyone who is curious about this Allee Willis recording adventure can stop on by and JOIN THE PAGE.  It’s the only place of it’s kind dedicated to the one and only album Allee has recorded.  It’s a place to meet others who wish to see this 1974 gem released in digital format.  Write to your congressmen, write to your mayor!  So if you’re  in touch with your inner “Childstar”,  and wish to find out all sorts of tidbits about it, JOIN NOW.  You know, Allee walked off stage 37 year ago while performing this album.  For those of you whot don’t know, Allee returned to the stage a few months back with her “Soup To Nuts Party Mix” show at the El Portal in the Valley, out in Los Angeles.  STOP THE PRESS!  Since then she has been busy planning yet another show!  So stay tuned!  Although the fan page says it is strictly about “Childstar”, I’ve decided that I will also be posting news and tidbits about the show she is currently rehearsing.  After all, if it wasn’t for “Childstar”,  maybe we wouldn’t be getting the chance to see Allee perform live!

One Response to “HEY EVERYBODY, IT’S THE ALLEE WILLIS FAN PAGE FOR THE “CHILDSTAR” ALBUM!”