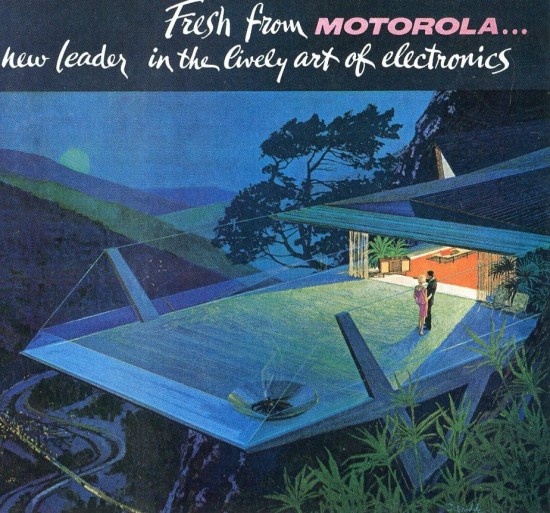 I saw these Motorola ads on Anna Lee’s LiveJournal blog.  Here’s what Anna had to say about them:  “The Motorola television ads below ran in Life magazine and The Saturday Evening Post from 1961 until 1963. These, along with other print ads from the Golden Age of Television can be found in the book Window to the Future by Steve Kosareff. The illustrations posted here are all by Charles Schridde.”

These artful ads don’t need much commentary from me.  They pretty much speak for themselves.  However, I will say this: given that these ads appeared from ’61 to ’63 the thing that amazes me the most is that in 1963 Motorola still did not envision color television.  Maybe it’s why they now make such nifty handheld radios. 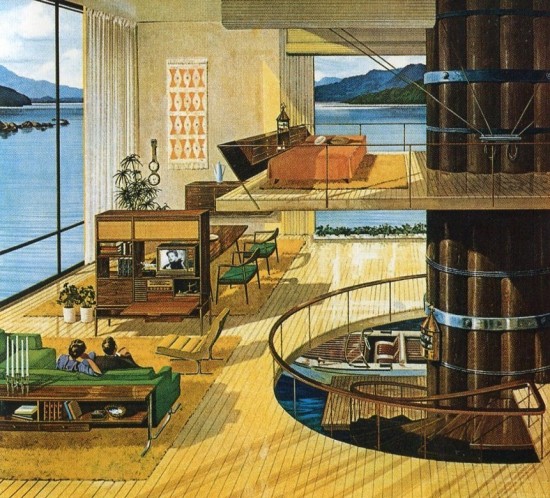 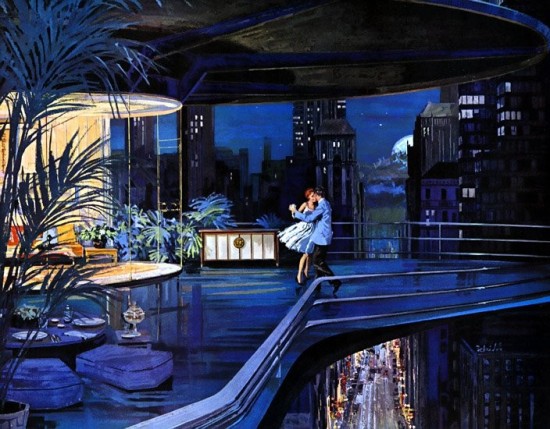 3 Responses to “Fresh From Motorola”