John Madden and his Bus 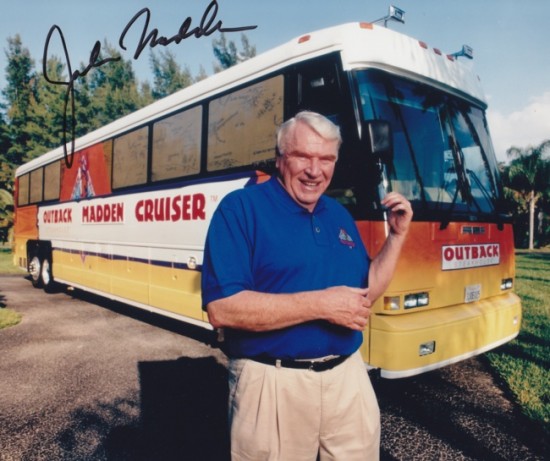 Former Coach of the Oakland Raiders and now a commentarian on the NFL never flies but instead has a deluxe fitted bus to take him to games. I had sent him a story about one of his players, Ben Davidson (see previous item on Arnold Schartzenegger) and he sent me an autographed a picture of him and his bus.

One Response to “John Madden and his Bus”