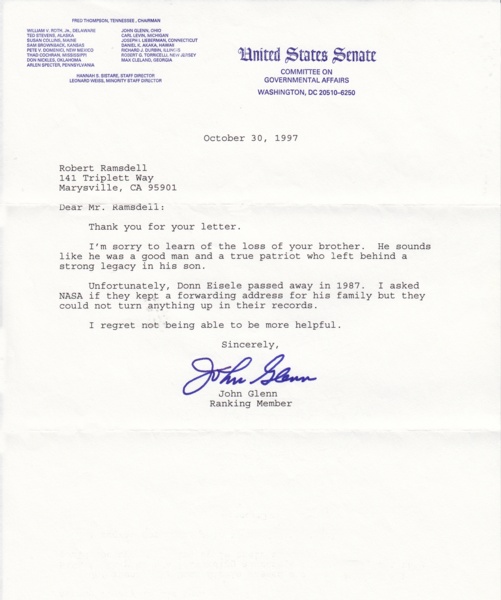 It’s hard to believe that John Glenn’s orbit of the moon was 50 years ago, but it was on February 20, 1962 that he did this. I have a personal letter fro Senator John Glenn. When my late brother died, one of his best friends was Astronaut Donn Eisele who drove the Lunar Lander on the moon. They had graduated in the same class with master’s degrees in Aeronautical Engineering at Wright Patterson. I had wanted to contact Donn Eisele of the funeral but John Glenn let me know about Eisele’s death.

One Response to “John Glenn”