I always enjoyed watching Jack Paar on TV, reading his books and decided to writ 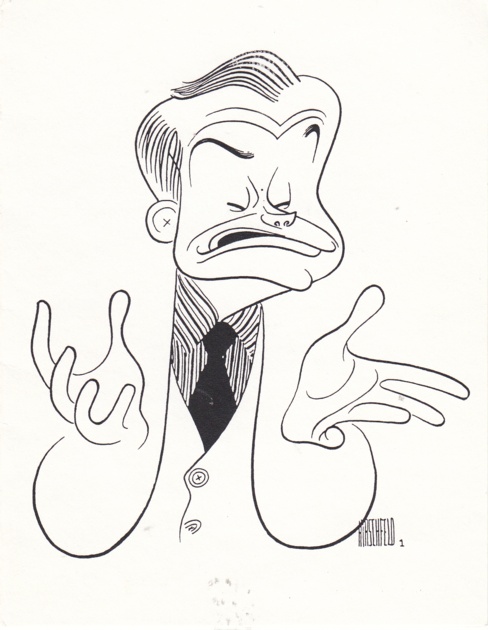 e him a letter. One subject in the letter was about a person he met on a trip to Australia. This man was a “Coast Watcher” who had stayed behind on Guadacanal when the Japanese invaded to radio information to our side. It was a dangerous job but he made it through until our men recaptured the Island. I also told him I had read every one of his books, even the one I had bought for $1.49 at a KMart closeout!  I got a nice little card from him that had a caricature on the cover by the cartoonist Al Hirschfield. Paar must have typed it himself as “desire” has an extra “e”  in it. Hirschfield was famous for putting his daughter, Nina’s, name in his drawing. On Jack Paar’s card, it is i his hair.