Nikki De St Phalle,29 October 1930 – 21 May 2002) was a French sculptor, painter, and film maker. I am in awe of this woman’s imagination ,it just blows me away. As yet I have not visited any of her work but certainly plan to whenever I get the chance. The Tarot Garden is in Tuscany,Italy and while under construction she lived in the magnificent sculpture The Empress… 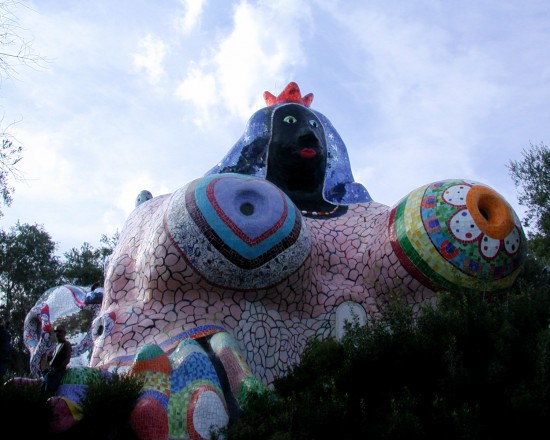 Living areas were in both of the Empress’s breasts.. 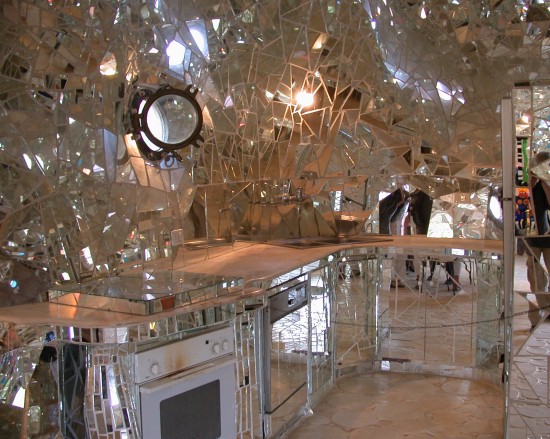 The kitchen and below the bedroom… 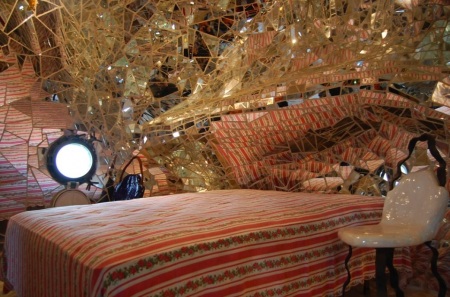 The Tarot Garden, , is an open-air art exhibition based on the 22 representations on the tarot cards. 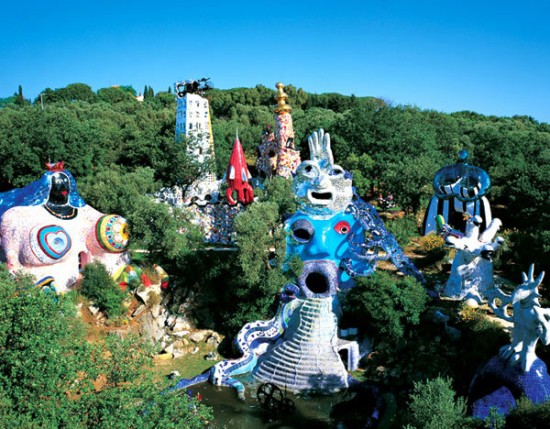 The sculptural structures were built of welded iron and steel by the artist’s husband, artist Jean Tinguely, along with local workers.  Wire mesh was stretched over the models then sprayed with concrete, which were then  covered completely in  mosaics, achieved with an abundance of mirrors, ceramics, and glass. 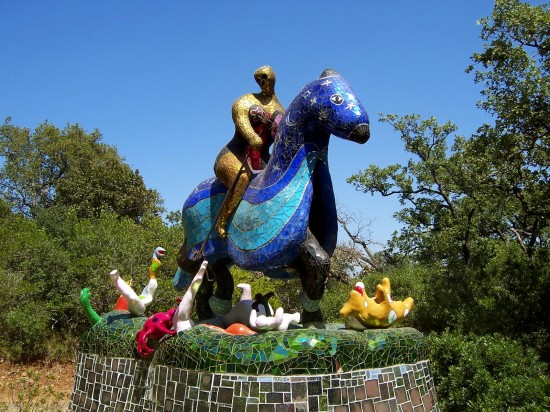 Influenced by Gaudi, the garden took nearly20 yrs to build, and is open to the public. 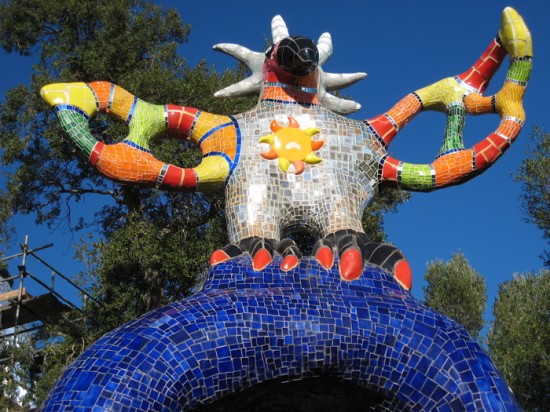 Here is the official website link for anyone who would like more info, her sculptures are all around the world , and there is a park in San Diego , Allee is that  close to you ???