In September last year I went for a country town thrift shop kitsch hunt while visiting my mother in Toowomba, in Southern Queensland, Australia. I almost hyper ventilated when I accidentally came across this auction. It was between two small towns on a back road. A lifelong collector had recently passed and her full kitsch museum that I had somehow never heard about was being auctioned including over 7000 salt and pepper shakers which were the centre display in her dusty old museum that boasted to having the biggest salt and pepper shaker collection in the world. A sad day for the museum but a dream come true for an avid kitsch collector on the hunt 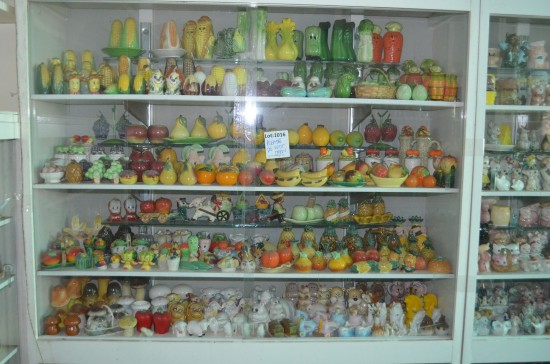 But there was also a lot of other stuff – over 1000 lots in the auction – this is just one of many rows. This old lady was one fine hoarder 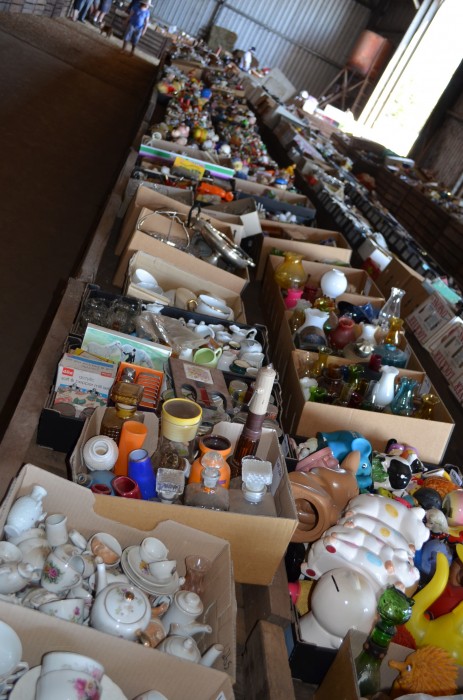 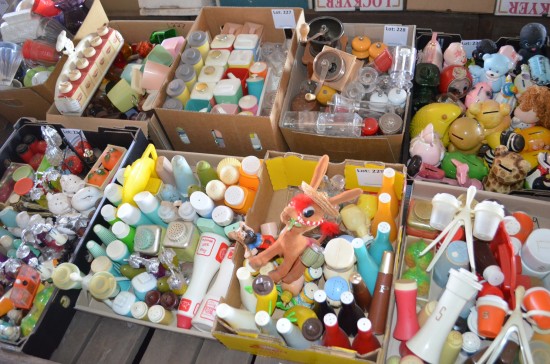 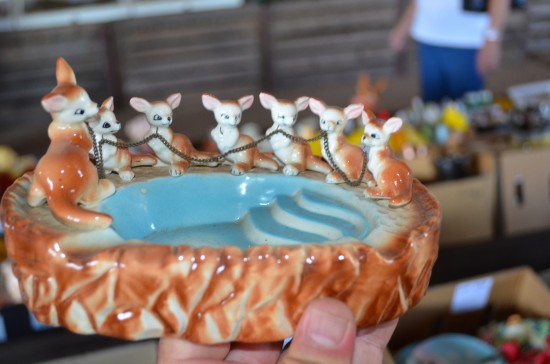 Nothing came in ones at this auction – money banks galore 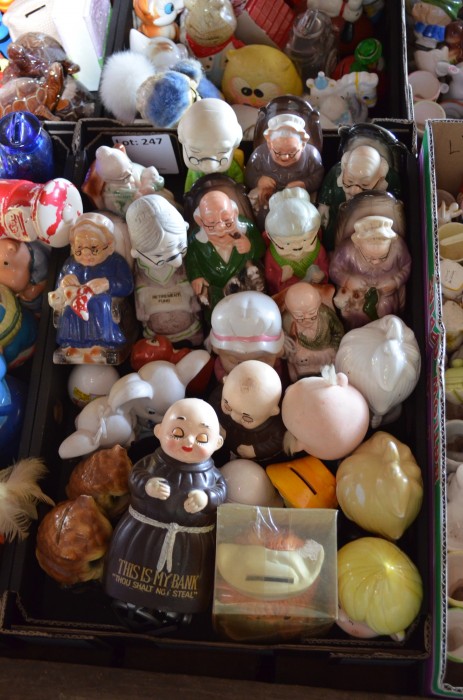 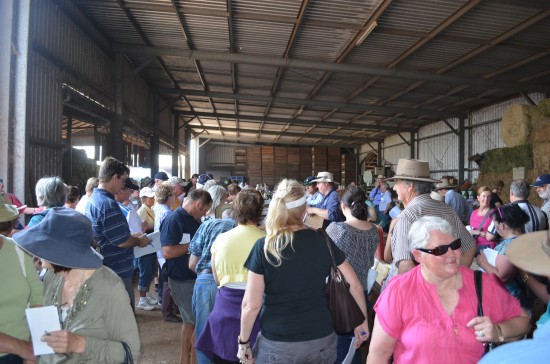 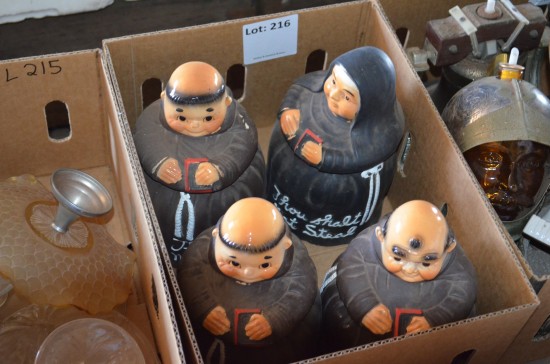 Ahhh – One of the happiest days of my life. 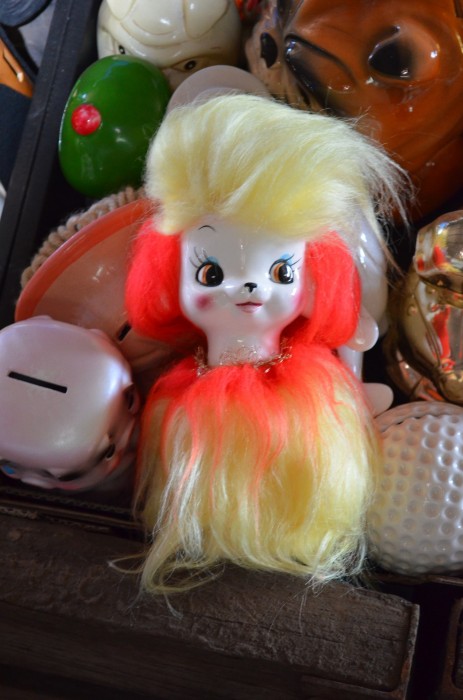