I have a Volume 6 Number 2 issue of Monocle magazine (still published) that is entirely devoted to magazine writer Marvin Kitman’s run for the presidency in 1964. His “platform” was to use Abraham Lincoln’s 1864 platform. All done tongue in cheek but he did beat George Romney and Harold Stassen in New Hampshire. He also wrote another book I have called “George Washington’s Expense Account” which was hilarous. 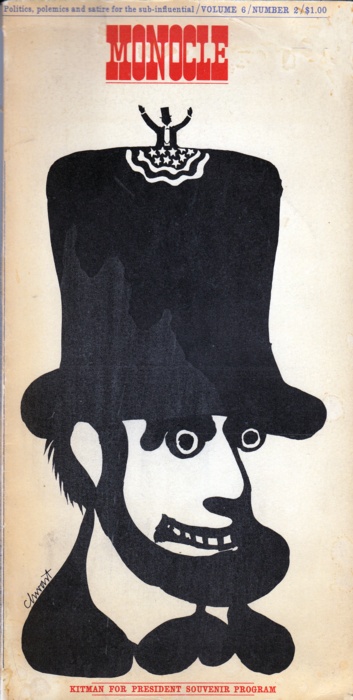