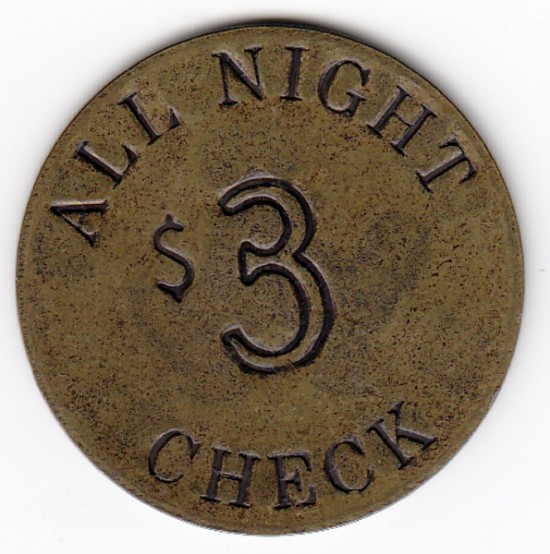 I found in a garage sale a medallion about 1 -.5″ in diameter from the Chicken Ranch in La Grange, Texas. The original story was made into a stage play and later, a movie. The story is about a 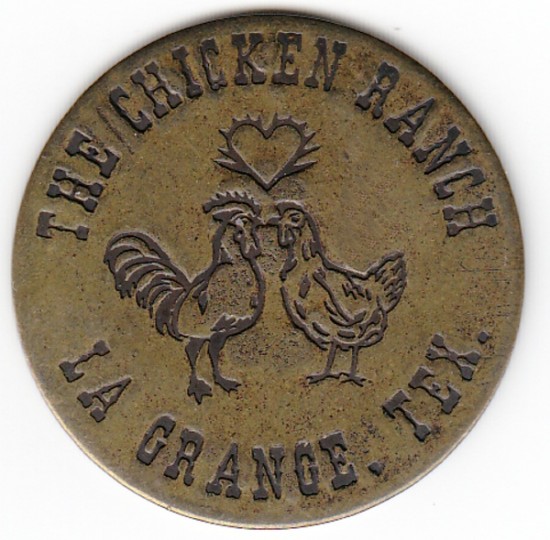 brothel in a small Texas town where the local sherrif “looked the other way” as the place was illegal. He claimed that by going there to check it out, he was able to capture people he suspected of being guilty of some kind or other. When he was voted out of office on a reform program, the brothel was moved further out of town. The new sheriff kept on catching bad guys, however, by the use of his phone. The sheriff on Broadway was Henderson Forsythe who won a Tony for his work and Burt Reynolds starred in the movie. On the obverse side, you can see how much the cost of illicit sex has gone up!

One Response to “Best Little Whorehouse in Texas”