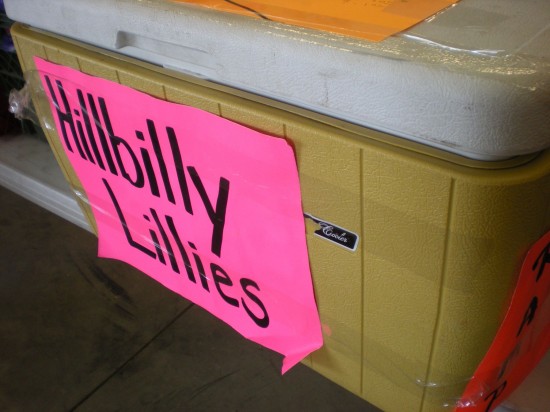 Have you heard of ramps?  A very kitschy vegetable.  They are a type of wild leek that grow in mountainous areas, all over Appalachia on up into Canada.  They are very tasty and immensely popular in West Virginia.

They have many nicknames, including Hillbilly Lillies, seen here on a guy’s cooler at a flea market.  You can find them for sale in the spring in many parts of West Virginia, though they are considered endangered from overharvesting in some parts of Canada.  They aren’t really cultivated.  They grow in the woods and you have to go dig them up.  I hope they never become endangered here, because I sure would miss ’em!

I planted some in my garden last year and two came up this year, so I talked to a farmer who said in 10 years I might have 10 of them, haha. 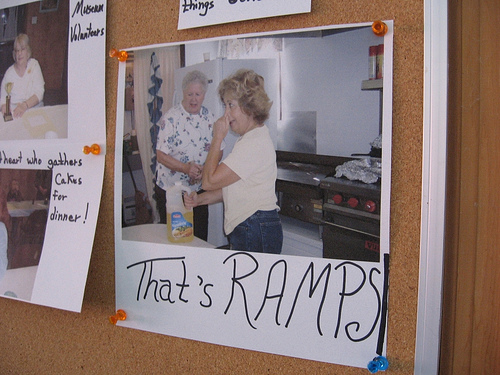 Ramps are mostly famous for their pungent smell.  It is somewhere between onions and garlic, but it really sticks around.  Here’s a picture on the wall at a local place that has a Ramp Festival.  They’ve been called Hillbilly Perfume.

Legend says that the schools in the hollers of West Virginia used to close for the first few weeks of spring, since all the poor country children would be eating ramps and smell up the classroom to high heaven.  It does seep out in your sweat if you eat too much!  Haha!  I’m sure the story is at least partially true.

Anyway, they go great in just about anything where you would use an onion, from scrambled eggs to salads or whatever.  If you’re ever in the area in the springtime, please give ’em a try. 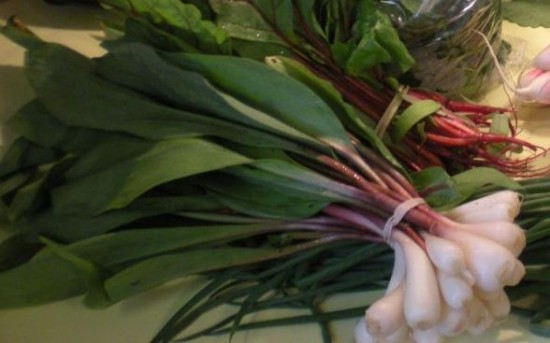 They are pretty, like a tulip leaf mated with a scallion, and eatable from top to bottom.