In 1904, my uncle worked for the Travel Editor of the Los Angeles Times. He was assigned to escort a summer student group to Europe. He kept menus, pictures, etc. of every place the group went. I found this program of entertainment for one day.  It had singing, piano playing, recitations and other types of entertainment. This program listed a recitation by Dr. William Spooner,  the inventor the “Spoonerism” where a few words or even a sentence are turned around sometime by accident and other times, for comic effect. An example of the first was when Jack Benny’s announcer, Harry von Zell, was  asked to introduce the President Herbert Hoover which he introduced as Hoobert Heever! Another was when famous author Dorothy Parker said “I’d rather have a bottle in front of me than a prefrontal lobotomy”. 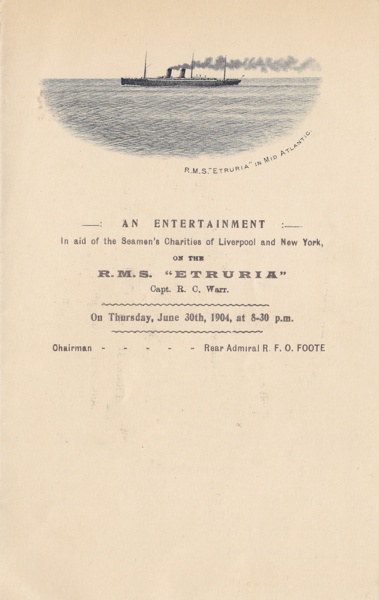 One Response to “Spoonerism”