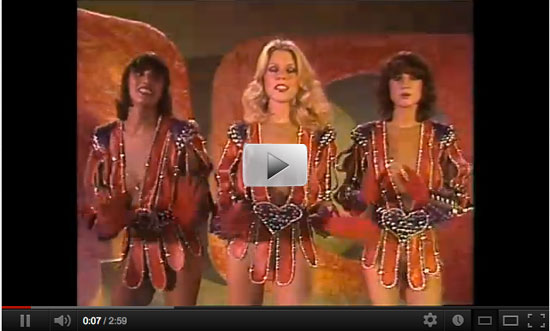 I can’t explain this video or the song, but this is what was posted on Youtube:

‘Ooh, Yes I Do’ is the ninth single by Dutch girl group Luv’, released in the autumn of 1979 by CNR/Carrere Records. This song appears on the formation’s third studio album ‘True Luv’. It was a successful hit record in Benelux and Denmark and reached the Top 50 in Germany and France. The Spanish version of this pop track hit N°1 in Mexico.