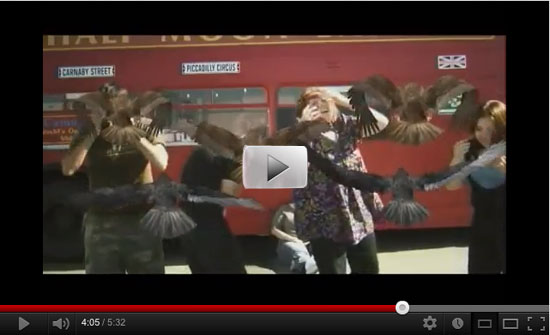 If you thought THE ROOM was the worst film in recent memory, think again.  Tom Wiseau has a new contender for the Worst Director Ever in James Nguyen who is, perhaps, even a successor to Ed Wood.  Here’s a YouTube clip from the film which is an homage to Alfred Hitchcock’s THE BIRDS, but I’m hoping watching it won’t stop you from renting the actual film (on Netflix) because you really have to see it in its entirety to appreciate how low the bar has dropped in filmmaking.  Invite your friends for a screening– you won’t be disappointed.

7 Responses to “Birdemic: Shock and Terror!”