After 11 years far too far away from his favorite jungle, Sock Monkey returned with a song in his heart and a swing in his step! How could he not, when there is so much to see, so much to do, and he has so many beloved friends to spend time with!?! On one lovely morning, Sock Monkey met up with his most adored friend of a trillion years, the mastermind genius painter/artist/all around great guy, David Keeton. They were starving and so headed for Kitchenette in Tribeca. You can’t go wrong when the name of a place is only one S away from being Willis themed. And when we walked in, September was on the HiFi. True story! The decor, of course, was also fabulous! 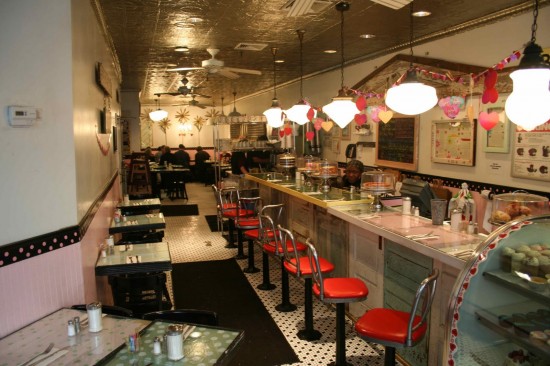 Sock Monkey went bonkers! He couldn’t decide where to sit, it all looked so good! 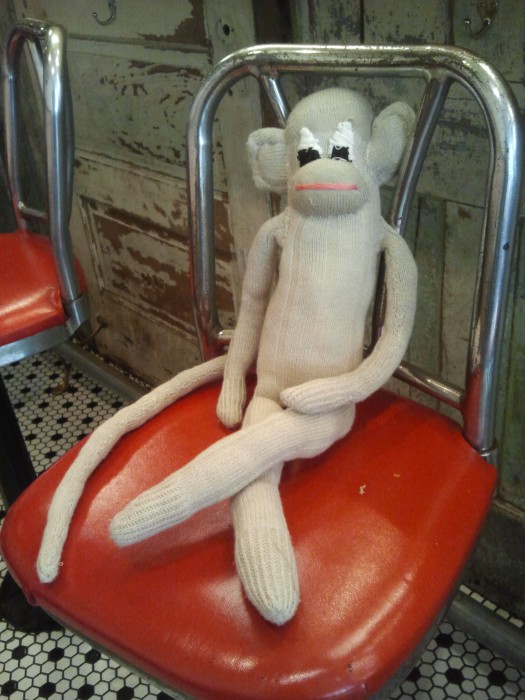 He eventually had to be contained by David until the food arrived. I’ve heard the pancakes are outta this world, but Sock Monkey got eggs and a biscuit instead. If you don’t get a biscuit at Kitchenette, you are simply out of your damn mind! 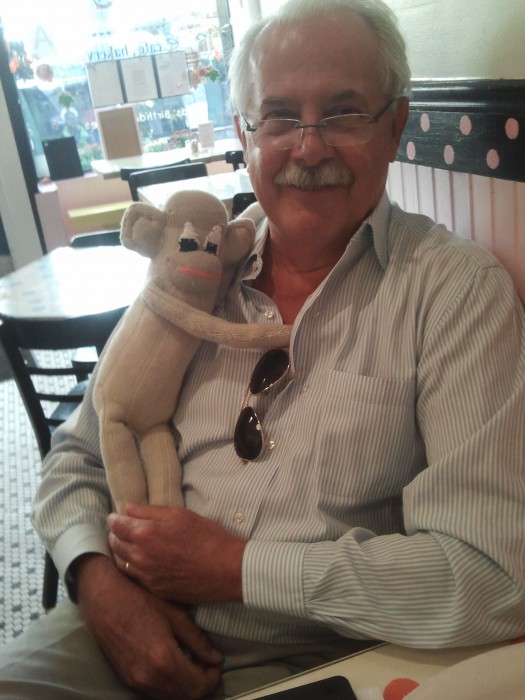 After a lovely breakfast and walking David to work, Sock Monkey headed out on foot to see what he could see. The Morgan Library was his first stop. Wow, what a beautiful place! Unfortunately, Sock Monkey can be very immature, so while he truly loved to see the Josef Albers exhibit, he still thought the following information plate was the best thing there. In fact, “Mr van der Schart” is his new favorite name (and insult). 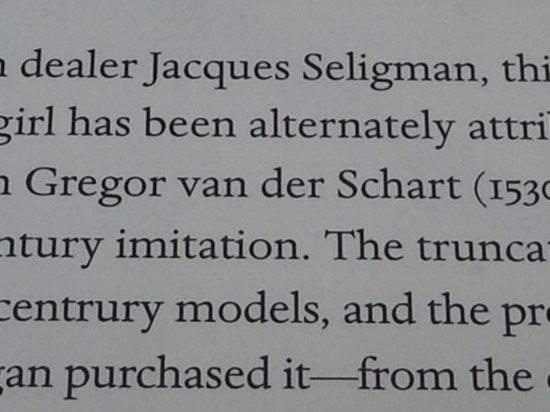 After the Morgan, he headed up to his favorite place to visit in any city: The Public Library! He was thrilled to throw his arms around his old friends! And they are looking so well!! 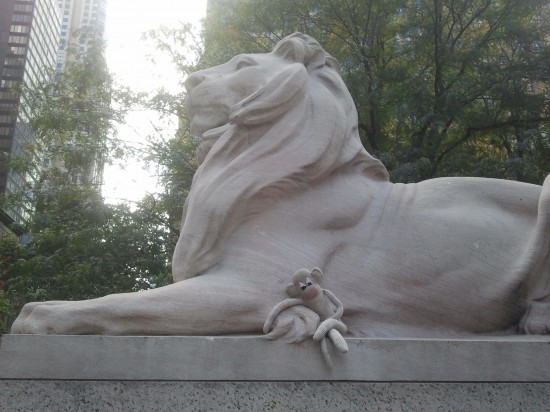 He also sat for a portrait with the beautiful naked chick who hangs out near the front door. Sock MOnkey was thrilled to see her celebrated in all of her glory…and hey, if naked people draw more folks to the library, he’s for it! IN fact, since he himself always cruises around sans clothing, he was happy to have the company! 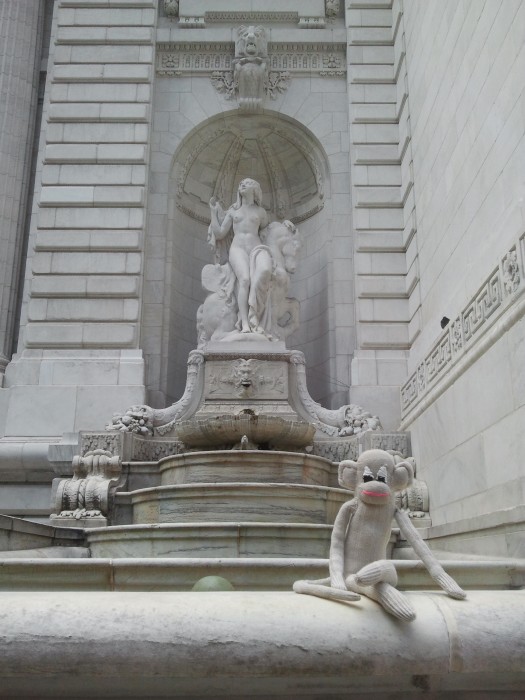 While continuing his walk uptown, Sock MOnkey noticed an engine out running a call. He has a very deep affinity and respect for the men and women who work for the New York Fire Department, especially since his handler’s former job was in EMS. In 2001, 343 were killed in what most people would could consider acts of heroism. The extraordinary people who we lost would simply call it their job. And there have been many before and after them. Only the bravest of hearts can work in such a profession. Those who apply and make the cut choose to risk and sometimes lose their lives in order to save another. This is not something that Sock Monkey takes lightly. 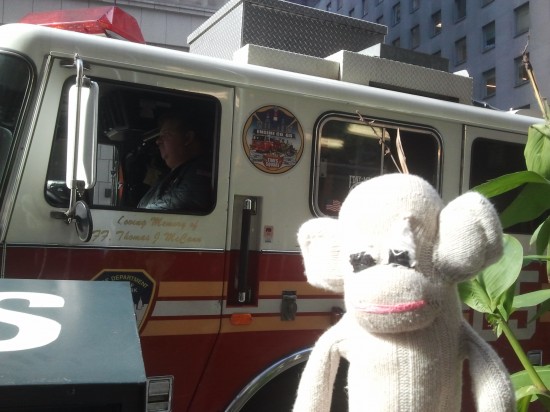 On that note, please take a moment to remember that it is so important to be kind to and considerate of each other. This planet is full of good people who do amazing things to help others they may not even know. We need to remember those acts, take them as examples, carry them in our hearts and pay them forward…