Whoever You Are, I Am Your Fan.

I’ve had this record for longer than I can remember. I do remember the day I got it though. It was a rainy Saturday and there were several Chinese records in a pile at the local thrift store. I bought them all for a few dollars and couldn’t wait to listen to them. Most of them are very traditional or folk music type recordings (pretty neat to hear), but this record was entirely different. I was instantly in love. 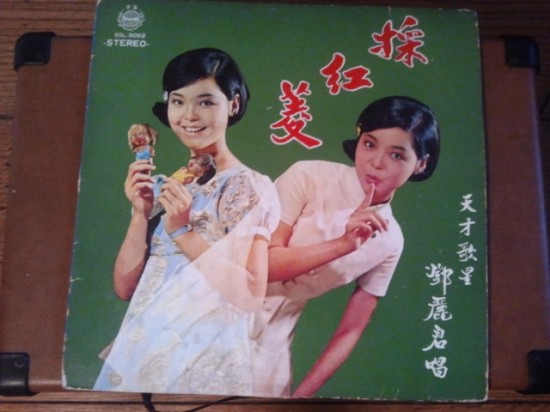 I’m not sure what the message is here. SSSSSHHHhhhhhh…Don’t tell anyone I play with dolls!  Or is it SSSSSSHHHHHhhhhhh don’t tell anyone I’m a big girl now. I’m guessing it’s the latter because this chick is straight up Rock-n-Roll. 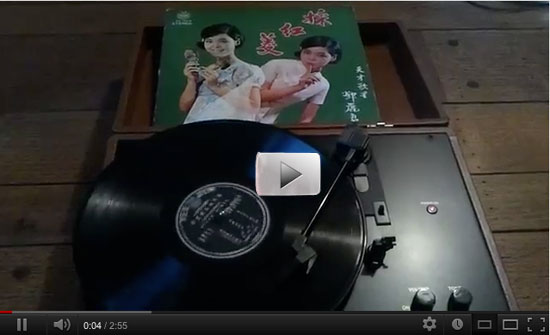 I played this for a friend who grew up in a Mandarin speaking house and he wasn’t sure what she was saying, but he was pretty sure this was not a direct translation of Love Potion Number 9. Whatever she is saying (and I would LOVE to know) it’s fabulous. I presume this is from the 60’s but who knows. The whole record certainly has that somewhat Beat inspired Rock-n-Roll sound to it, which is right up my alley. If you don’t own every record by the incomparable Scottish band The Kaisers, then you need to get on that. But I digress. Here’s another selection. Put on your dancing shoes.

And another…Casper makes an appearance. He actually held out longer than I thought he would. We almost got through 3 songs without him climbing onto my lap. That’s pretty good for him.

So, if you know anything about this woman, please, please please fill us in! I think her name might be Teresa Teng (thanks to the web search) I would love to know her story. And if you’re out there, Ms Teng, thanks for making this record. I don’t speak the language, but I know all of the songs! 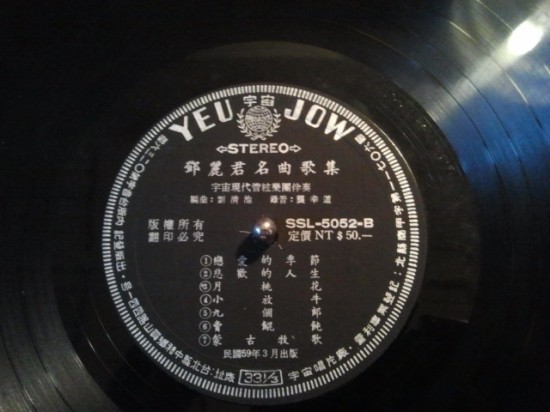 5 Responses to “Whoever You Are, I Am Your Fan.”