Yeah, you typically don’t find the sounds of the accordion in the jungle, but hey it IS somewhat percussive. Love this album cover. Love the tile of the album too. It’s a pretty popular one, but had to post it here anyway. Just love how casual he is. And I’m sure a gorilla could learn to play the accordion, but READ MUSIC  AND keep time with a metronome?!?! I can see why they said it couldn’t be done! Kudos for making it happen. Can’t believe this on Capitol! Super Cool. 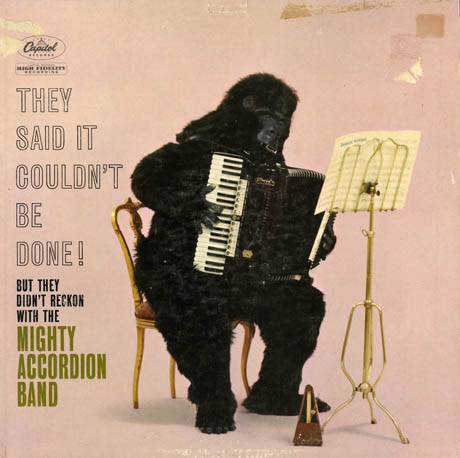