A trip to the Kitchy Wonderland that is the Santa Cruz Beach Boardwalk (Pt. 1) 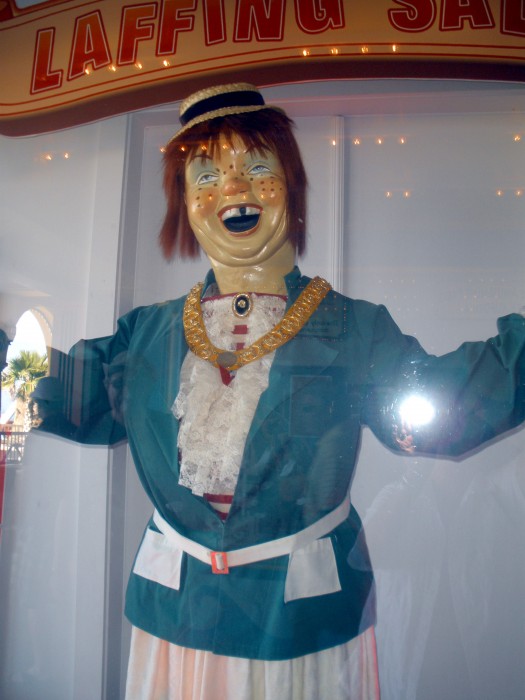 The infamous Laffing Sal at Santa Cruz Beach Boardwalk – scaring young children since forever.  Originally from San Francisco’s Playland At  The Beach.  Or IS she?  Another resides at the Musee Mechanique at Fisherman’s Wharf and the battle continues as to WHO has the original Laughing Sal…  (I’ll post a pic of the other one one day!) 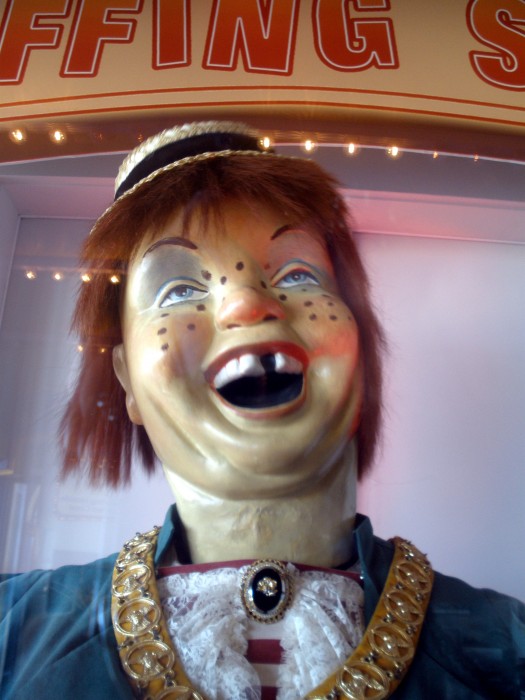 She laffs like a loon.  She moves.  She will not eat you.  She is safely behind glass. 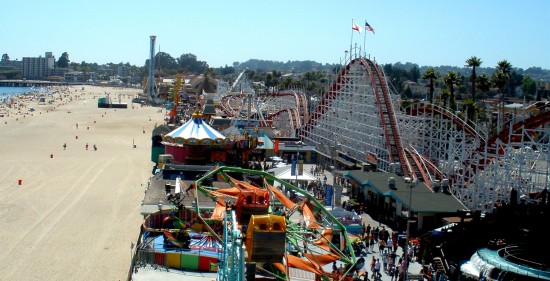 A view from the Skyride.  Thge big coaster is the Giant Dipper.  It is made of wood.  From 1920’s.  It creaks.  It breathes.  It has some great zero-gravity camel humps! 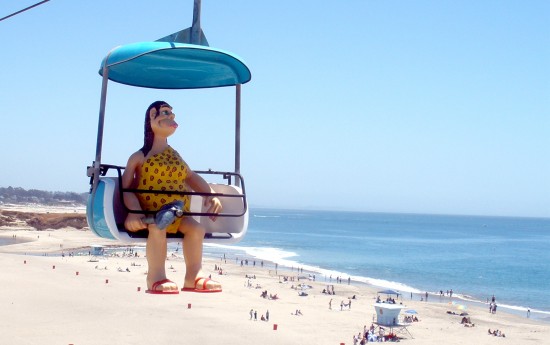 Why is there a Cavegirl on the Skyride?  Come to SC and find out! 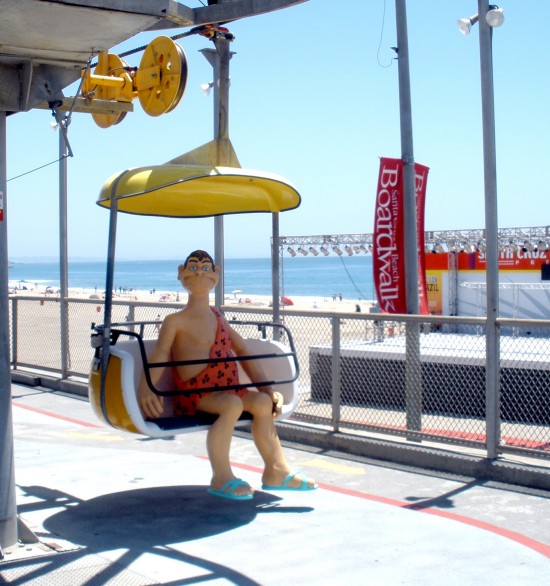 Oh my!  She lost her boyfriend! 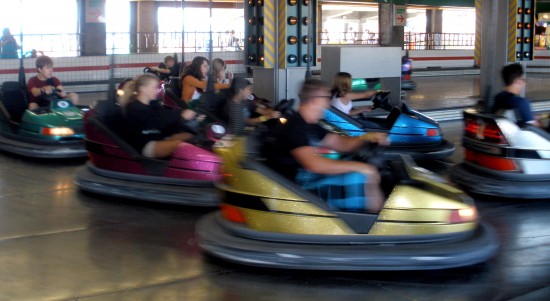 Yes – it’s a Looff!  AND it still has the ring toss!  Grab a ring and toss it into the clown’s mouth to ring the bells and light up his eyes.  He is only minimally scary… 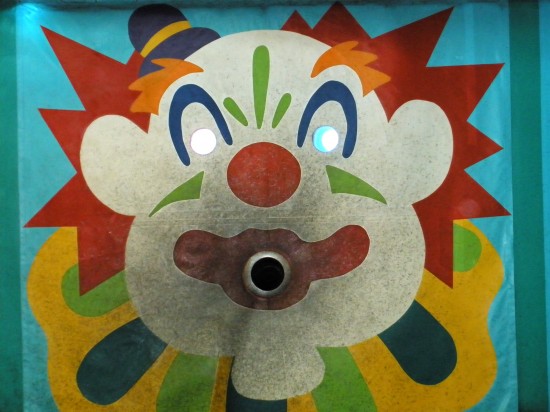 Well, I guess ‘minimally’ is relative.  But a good way to exorcise your clown demons by throwing brass rings at him!  (they lose THOUSANDS a year from people who keep them as souvenirs!) The Carousel itself is a stunner.  And it is a pretty fast one, too!  Wander over to part 2…

3 Responses to “A trip to the Kitchy Wonderland that is the Santa Cruz Beach Boardwalk (Pt. 1)”