Gunning The Engine Toward Detroit!

Hard to believe that after working on “The D” a solid year and a half, my ever-growing crew of 15 and I are descending upon Detroit in less than a week to record the song, video and feature length documentary. We’ll be recording and filming groups of 50 to 1000 people at each of 40+ locations where people will be singing “The D”, dancing, and showing their Motor City spirit however they can. Nothing like this has ever seen attempted- not just the largest number of people ever on a record, but the largest number of people as the original artist on a record. A partial list of locations participating is at the end of this email.

Over the past couple of weeks I’ve been recording incredible Detroit born singers, songwriters, musicians, comedians, and actors here at my studio in LA – groundbreaking Motown songwriters and producers like Lamont Dozier, Paul Riser and Mickey Stevenson, former Supremes Mary Wilson and Scherrie Payne, singers Freda Payne, Marcella Detroit, Pam and Joyce Vincent, Diane Steinberg, daughter of legendary Detroit DJ Martha Jean The Queen, comedians Lily Tomlin and Angela Shelton, and musicians like Greg Phillinganes, Ray Parker Jr., Reggie McBride and Bruce Miller – with a lot more to come. Here’s some of the action in my studio over the past week: 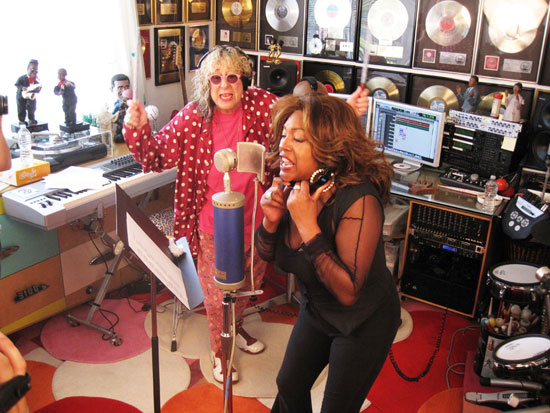 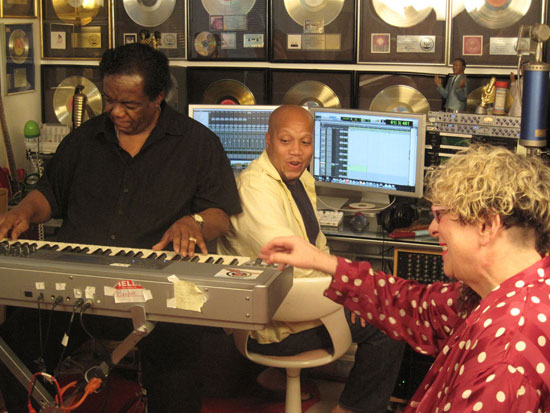 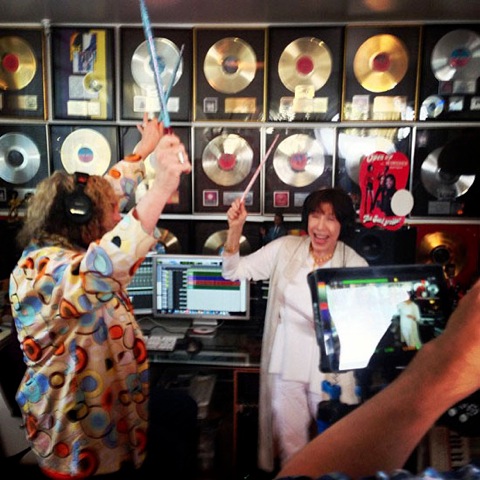 Massive thanks again to all of you who donated moolah to make this truly historic song, video, documentary and collaboration with the people of Detroit possible. As the scale of this project involves tens of thousands of people and a 20 day/ 40+ location shoot, not to mention postproduction and all else involved in finishing the project we are still actively seeking funding. I haven’t made a big deal about this one. It’s just there for generous souls who want to be part of something truly inspirational. We are also seeking larger donor sponsors and/or angels. You can email me back with any inquiries about that.

Thanks to the following locations where we’ll be filming and recording “The D”. One of the sing-alongs at The Heidelberg Project, Saturday, September 21st at 3pm is open to the public. A schedule will soon be published at https://www.alleewillis.com/WeSingTheD/.

Now just about all that’s left is to board the plane to Detroit!!

2 Responses to “Gunning The Engine Toward Detroit!”