Found some more pieces of Pixieware at a flea market a few weeks ago, unfortunately, NO LIDS!  What a shame… but the whole lot was only $5, so it was still worth it.  Even the bases are cute enough.  There was a Mayonnaise base too but I didn’t photograph it because I’ve already uploaded a pic of that one. 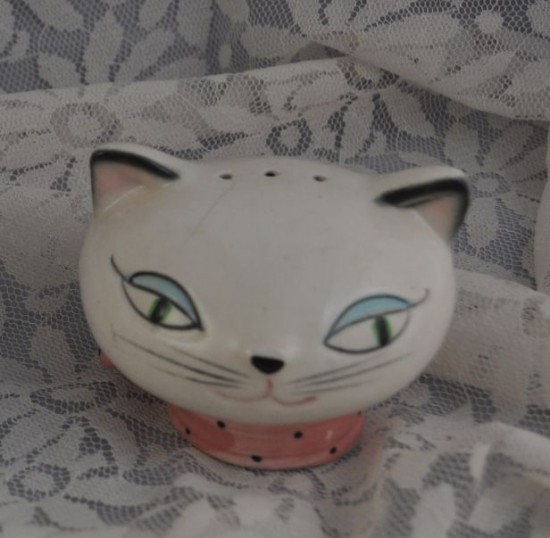 Also included in the lot, this Holt Howard Kosy Kitten salt/pepper shaker.  This came in a metal stand with a matching head, but it’s mate and stand were also missing. 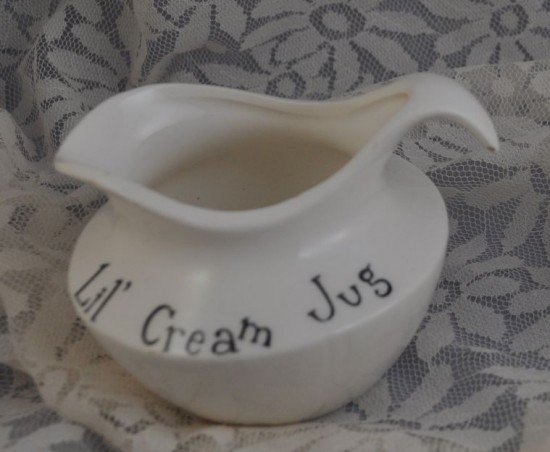 Also included, this “Lil’ Cream Jug”, this looks like Pixieware, but it isn’t. I think it is Lefton.  It used to have red stripes, but they have washed away.  It was from a Santa /Christmas  “pixie” sugar and creamer set.  Pixieware stripes won’t wash off unless you scrub at them really hard.  Lefton and sometimes Napco red paint comes off in water, so be really careful!  Only the red seems to wash off, I think because it was applied after firing instead of before. 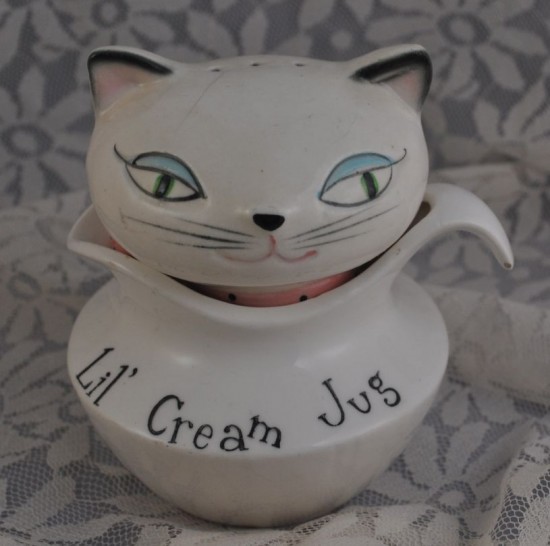 I put the cat head in the jug.