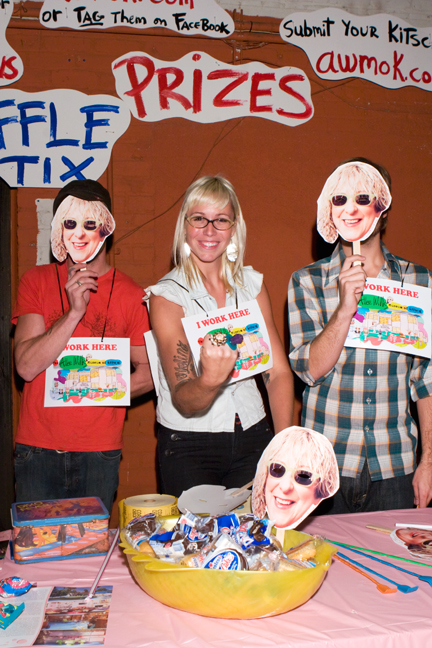 I thought I’d be chitchatting in The Kitschenette like a mofo but have been so swamped with follow-up to the incredible response from Grand Opening party #1 and the launch of awmok.com on Monday night as well as doing a shitload of press, still trying to work out the kinks in this baby version of the social network I really want this to grow into, not to mention prepping for Grand Opening party #2 this coming Monday night at Ghettogloss so I have been very remiss in my duties as curator and cruiseship director of the Museum. I just want to say I remain completely blown away by the submissions, not the bundle of crap I was afraid most of it would be but, rather, a breathtaking cornucopia of never-ending exquisite taste!

I hope things will settle down by mid-next week and I can spend a lot more time hanging around here and less time playing catch-up. Please know that I appreciate each and every submission and comment more than you could ever know. I’m also working on getting this whole Allee section organized better so I don’t have to put my comments in with the rest of the submissions so they drop down to the bottom of the list and risk anyone even harboring the notion that I’m not spending as much time here as I should. I hope that a lot of tweaks and changes to the interface occur within the next few days and it will be easier for me to maintain visual contact.

Thank you so much for being charter guinea pigs on the maiden voyage. Many buffets and Cotillions to follow!