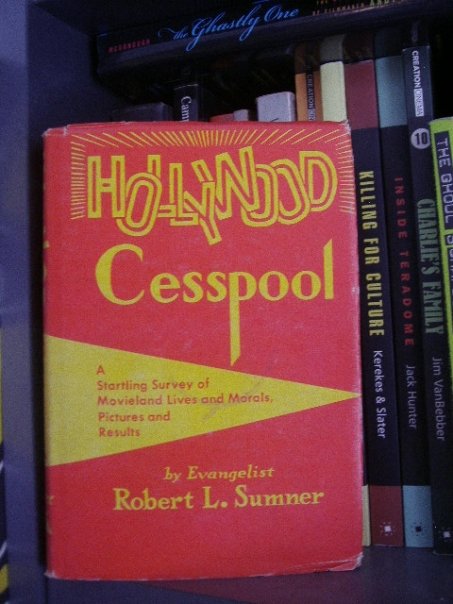 i love religious rants about anything to do with pop culture, whether it be backward masking satanic carpenters records or against hollywood itself! this is a goodie with a cool cover from 1955. this book deals with such important subjects as: drinking & smoking by stars, dop, rape & lawlessness by stars, , hollywood “reds” & “pinks”, movie portrayal of life is perverted, movie portrayal law breeds lawlessness, movie portrayal of the lord is blasphemous & the 3 major parts of the book are called: part one-movie makers-behind the scenes cesspool, part two-movie morals- on the screen cesspool, part three-movie manners-cesspool effects from seeing movies (which only has one chapter:the fatal disease, “hollywooditus”…oy, these people were/are insane & there’s so many suckers in the world for them to take advantage of.

hell is no joke!

evangelism: the church on fire!