Dawn of the Dead Board Game 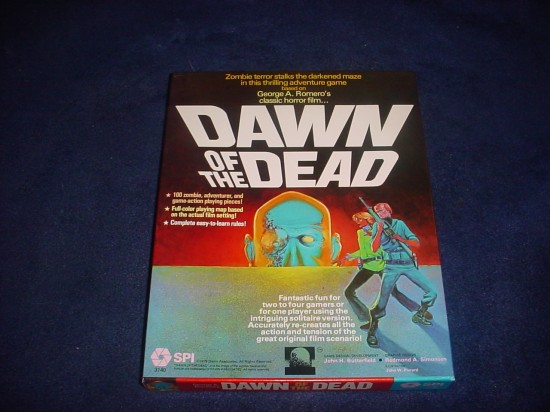 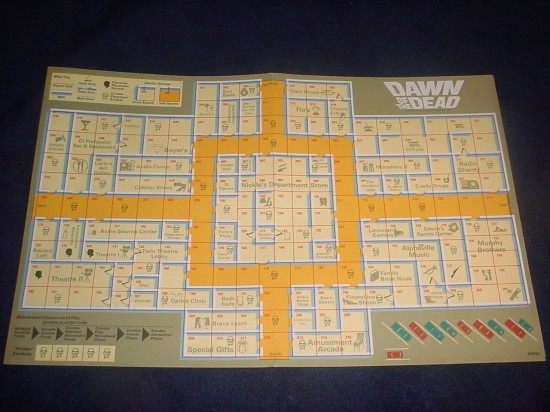 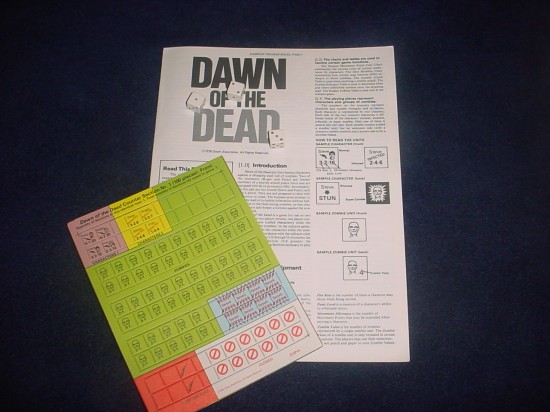 It is obvious most board games are aimed at kids and families. While many television shows and movies have gotten the board game treatment over the years, this one struck me as odd. This Dawn of the Dead board game based on a movie few kids interested in board games would ever have seen and is a game few parents would have purchased for them. After reading the instructions though it is obvious this was not aimed at kids. It is an interesting concept, but the game is extremely complex. I wouldn’t even attempt to break a game like this out on a game night. The rules are way to long for a casual player. It was made on the cheap too, which can be seen by the “board” which is nothing but sheet of paper and the pieces which are made of cheap cardboard.

There is something endearing about the game though. There was obviously a lot of thought put behind it, even though the entire thing is made of paper. The creators were obviously fans of the movie, and I can’t picture a board game being more true to the movie. Seeing the mall portrayed on the “board” and the pieces that were included is just as cool as can be to me. I might not mind playing it if I could ever find another person that would actually give it a chance. Since I can’t I will keep it sitting on the shelf its on.

2 Responses to “Dawn of the Dead Board Game”