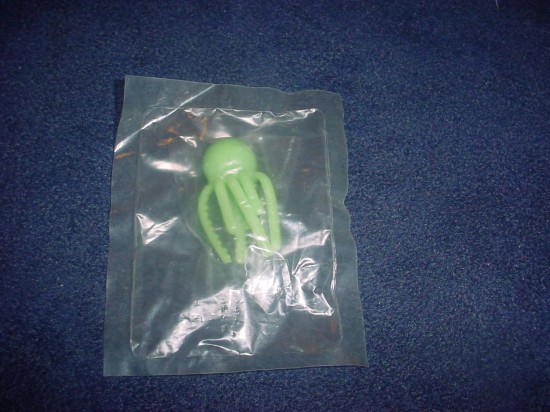 These were originally from Japan, but it was bought to the U.S. and made famous here by Ken Hakuta (AKA Dr. Fad). It looked like an octopus, and was very sticky to touch. If you threw these at the walls they would slowly work their way down by sticking to it, hence the name. It is such a cheap toy, but Dr. Fad became very wealthy by promoting and selling these in the United States. This particular one came from a box of Kellog’s cereal, but they were sold in toy stores as well. Just about ever kid in the 80s had one of these. According to Dr. Fad himself over 240 million of these things were sold.