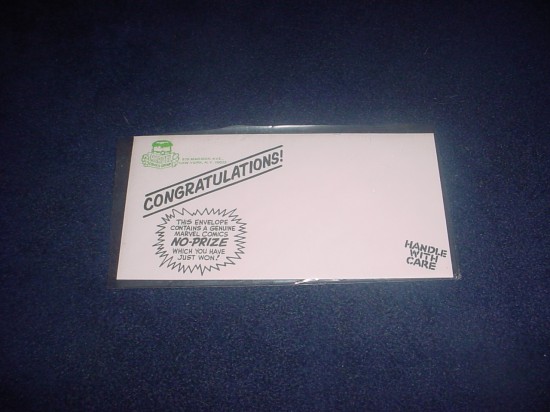 This is a Marel No-Prize envelope. These were empty envelopes that were sent out by Marvel Comics to readers that pointed out errors in the various comic books they produced, hence the name No-Prize. The empty envelope itself was actually the prize. They no longer do this anymore since it cost too much money and I wasn’t able to win one when they were doing it. I figured just buying it would be the next best thing. I still think the idea was a cool one.

One Response to “Marvel No-Prize Envelope”