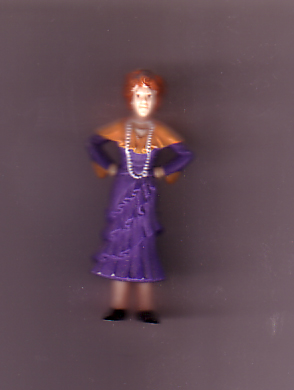 Ever since I was a little kid I always had a fasciantion with little figurines, PVC characters – or what my grandmother (Bobbie) called Gimgicks

This is a PVC figurine of that character