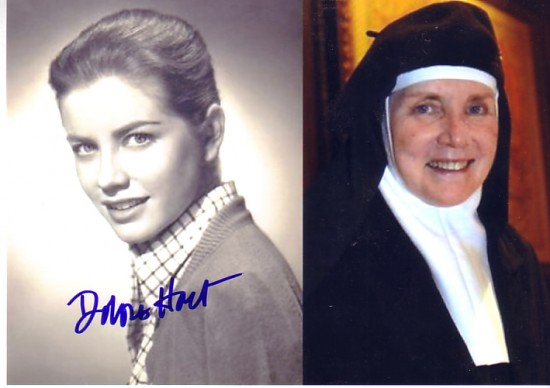 Dolores Hart was a young beautiful actress in the late 50’s – early 60’s, who was being compared to Grace Kelly

She co-starred with Elivs and made the campy classic Where The Boys Are – she had it all – or did she?

In 2006, she visited Hollywood again after 43 years in monastery to raise awareness for peripheral idiopathic neuropathy disorder, a neurological disorder that afflicts many Americans, including herself. i heard she was also going to see her friend Mariette Hartley in a show – I told a select few and we went to the theatre in hopes of seeing and meeting her – she was gracious and signed autographs and took pictures with us

Here is one of the photos I got signed that day