Find the Murderer! Oh, and buy our records, see our band and visit our flea market. 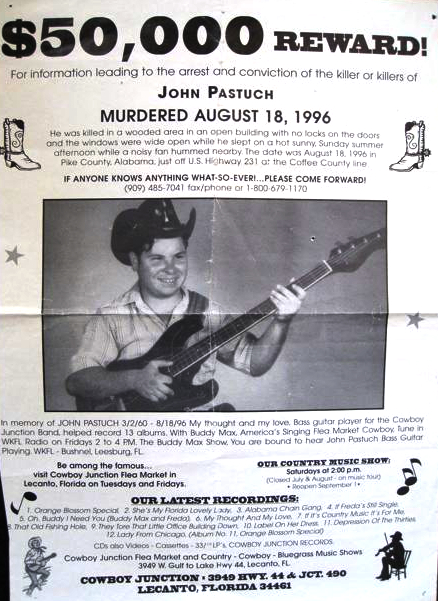 And you gotta love the little country n’ western graphics that adorn the “Find the Killers!” ad: fiddlin’ n’ stummin’ cowboys, playful musical notes and cowboy boots with spurs. The song titles are also fun: “If Freda’s Still Single,” “If It’s Country Music It’s For Me,” “They Tore That Little Office Building Down,” and “Label on Her Dress.”

Finally, don’t miss this spectacular run-on sentence: “He was killed in a wooded area in an open building with no locks on the doors and the windows were wide open while he slept on a hot sunny, Sunday summer afternoon while a noisy fan hummed nearby.”

8 Responses to “Find the Murderer! Oh, and buy our records, see our band and visit our flea market.”