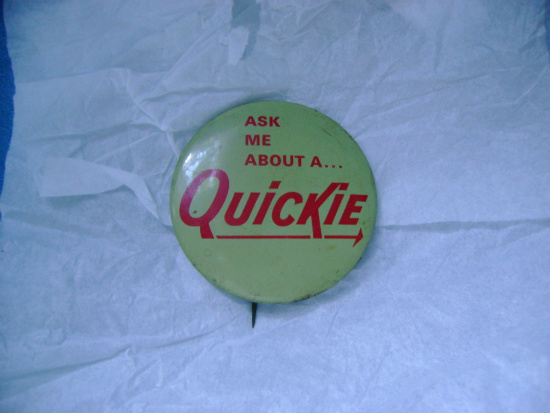 This a very old,rusty,dangerously sharp button and I’ve searched the internet in hopes of finding the origin of this slogan. To me, it seems like it must belong to a gas station or restaurant of some sort…..Anyone know!?

I started collecting things said say “Quickie” about 14? years ago. Some friends and I were sitting around one night trying to decide what our new pseudonyms would be for a project we were starting. We did the thing of closing our eyes, shuffling dictionary pages, and pointing to a random word. I was instantly deemed Quickie Peroxide, which was a triumph,if you ask me…Second only to another guy there who became MO Niger-Congo.