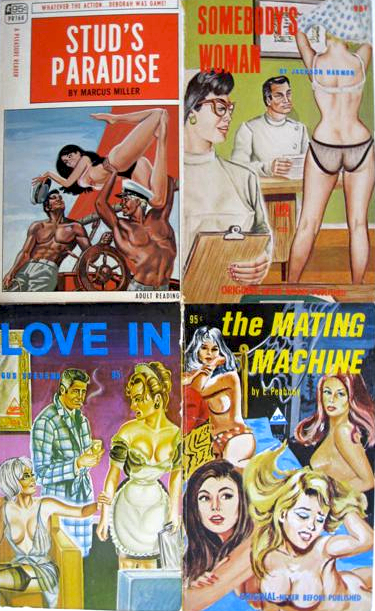 These eight salacious paperback covers are from the late sixties. I threw out the actual books because they smelled like cigarette smoke, but saved the lurid, cheesy covers (which make great gifts for friends when matted and framed!) Some details: Pretty sure the apostrophe in “Stud’s Paradise” is misplaced as there are two studs on the cover. The caption on top reads, “Whatever the action…Deborah was game!” On “Love In” the French maid on the right looks disproportionally outraged by the woman’s touch, especially since she’s walking around with her right nipple exposed. 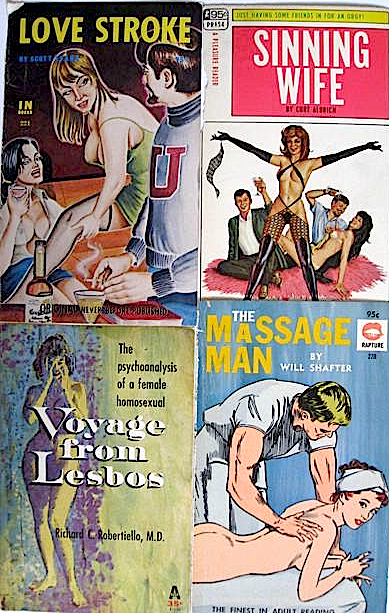