The Miracle In Alameda! 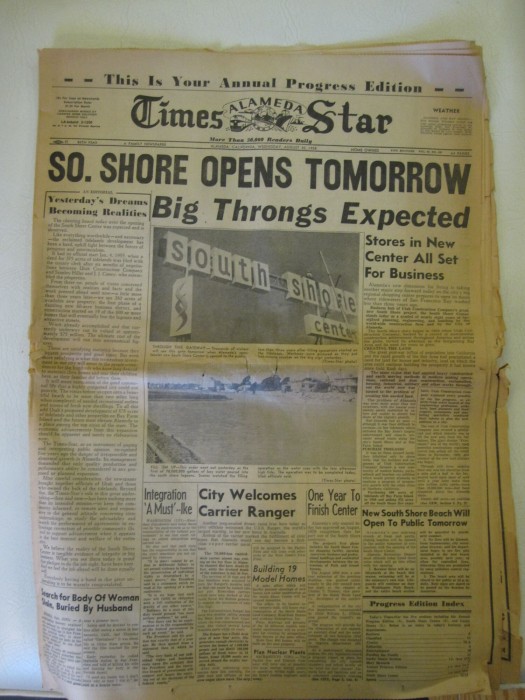 yeah is and and yeah some concern in our

Some might say this comes from a “simpler” time – I say it’s from a more optimistic time. In the mid 1950s, amid the grand progress of the time, the city of Alameda decided to expand by filling in the shallow marshes along the southern shore of the island. The new land would host moderne tract homes and an exciting new shopping center, to be aptly named “South Shore Center” The only concession to environmentalism, if you can even call it that, was the inclusion of a lagoon system on the original waterfront so that homeowners there would still have a water view. At least this was more than other cities around the San Francisco Bay did, backfilling and putting up warehouses.

So, on Wednesday, August 20, 1958, the Alameda Times Star broke the grand news – “South Shore Opens Tomorrow – Big Throngs Expected” Also included was the “Annual Progress Addition” all about “The Miracle In Alameda” replete with caricatures of all the exciting new activities South Shore will provide superimposed over a lei and an outline of the new addition to town, and a special insert about the luau and gala opening of the center.

Now, fast forward 50 years. South Shore Center still exists, but is in transition. After years of neglect and low end budget stores, a revitalization is in process. First – a Trader Joe’s, then Borders, Kohls and Old Navy arrive. The center is given an architectural make-over and is reborn in 2009 as “Alameda Towne Centre” There was no gala opening; no progress edition in the Times Star. And how is the shopping center on the southern edge of the island the “Towne Centre” Go know. At least the shopping is better, Walgreens and Safeway are now 24 hrs, and, thanks to the Times Star, August 20, 1958 edition, we have our memories. 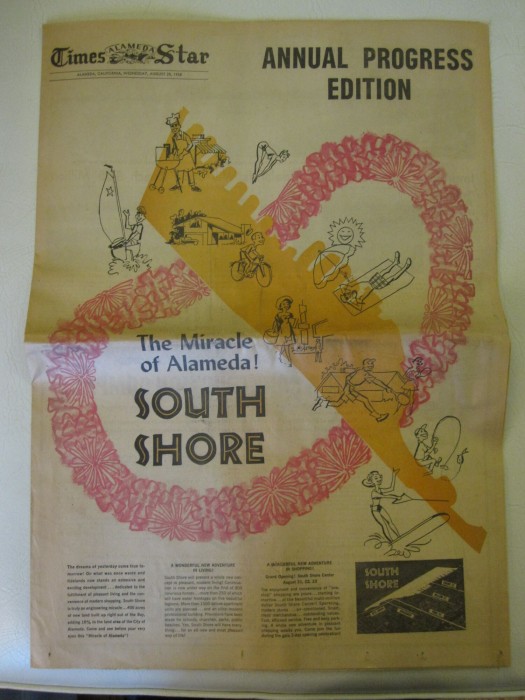 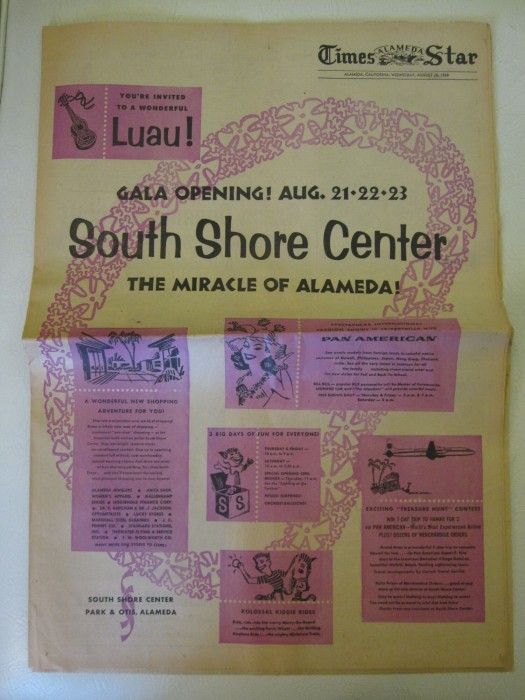 2 Responses to “The Miracle In Alameda!”