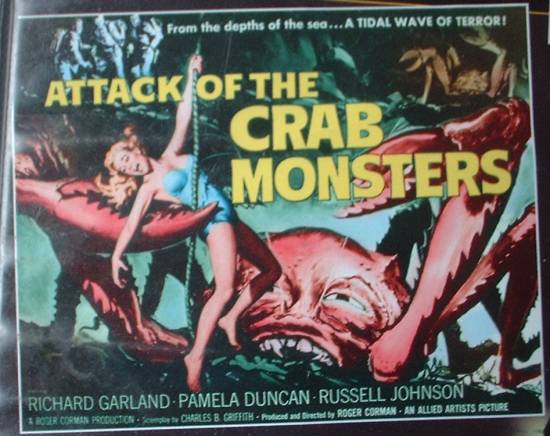 Now on DVD, this is the original B&W 1957 Roger Corman monster film that scared the crap out of me when I was 9. It was a double feature with “Not of This Earth”, just as scary. What were my folks thinking?? I had nightmares for months. Mutated by an atomic bomb in the Pacific, crabs grew to 20 feet and ate people. Don’t want to give away the plot. Note that the crab has human eyes and crooked teeth.

We saw it last night and laughed through the whole movie. My final revenge is now eating steamed king crab legs dipped in butter. Well worth seeing, try your library for a copy. 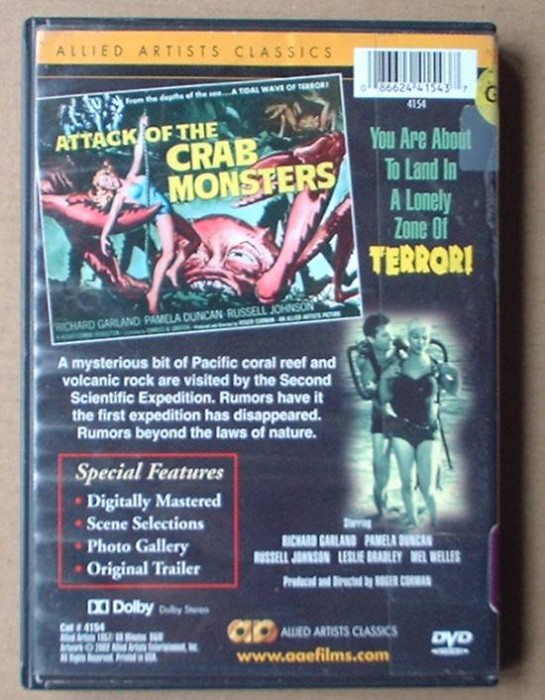 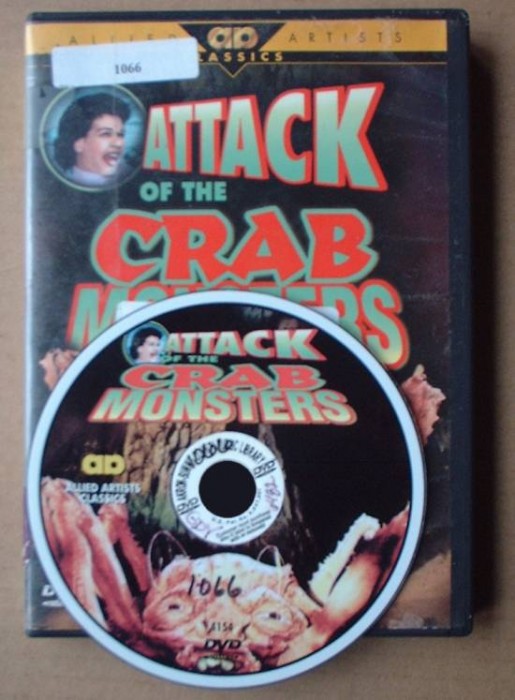