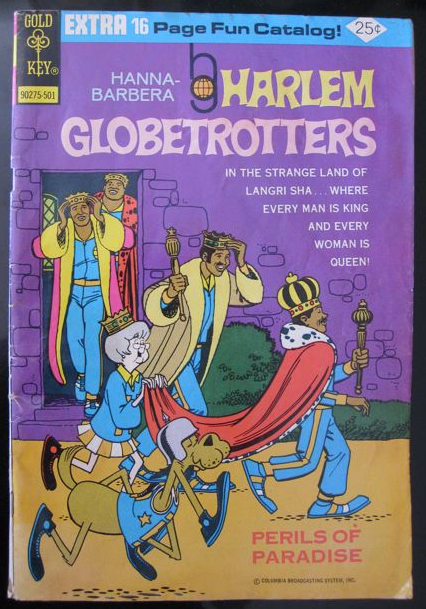 This Gold Key comic book is a tie-in to the Hanna-Barbera/CBS Saturday morning cartoon series, The Harlem Globetrotters, which featured animated versions of players from the comic basketball team alongside their fictional bus driver and manager, Granny (!) and Dribbles, their dog mascot.

In the comic book, the team is stranded in the Himalayas when their tour bus is damaged in a landslide. They discover the secret Utopia of Langri Sha but soon learn it’s a front for a gold-mining operation. And get this– the bad guys want to force our Globetrotting heroes into slavery! 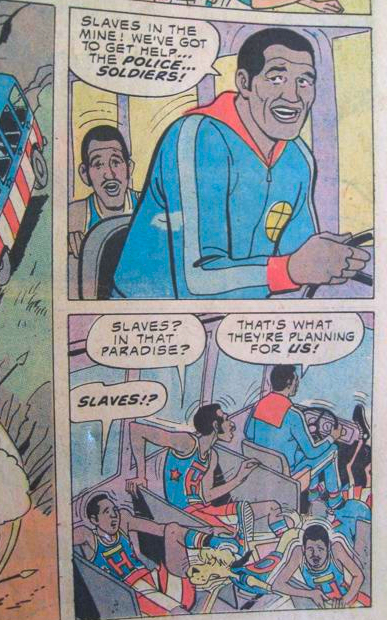