I just came across this singer on line and have a few of her songs. Talk about kitsch. Check out the “bouncing head” record sleeve. The info here was obtained via a blog but I am trying to locate more information on her and am having no luck. I obtained these images on line. 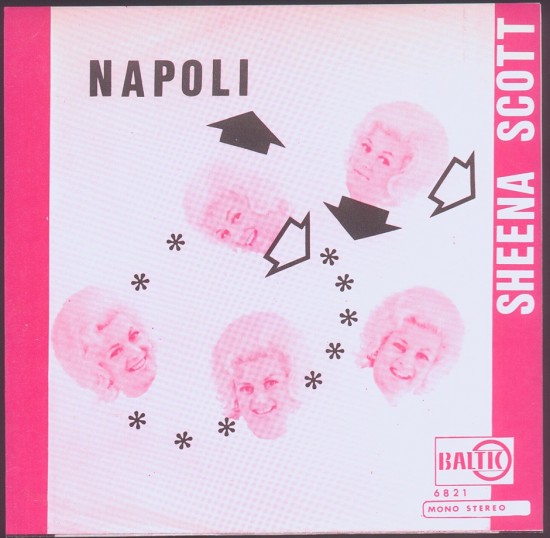 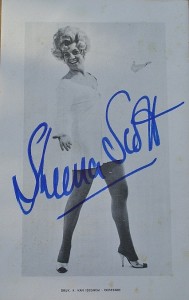 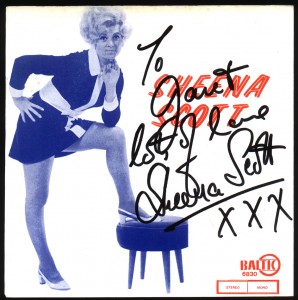 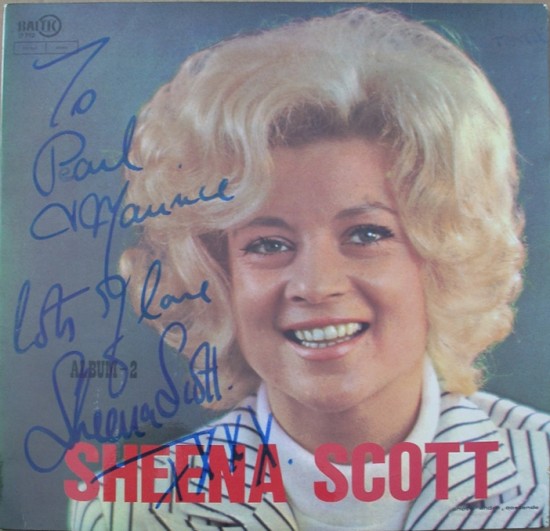 “Sheena was born in Scotland in the 1940s and worked as a children’s nurse but gave it up in 1968 to become a singer when she relocated to Belgium. By 1973 she was in house hostess at the Flemish Inn Tavern, Ostend where holidaymakers could enjoy a meal, a beer and a few of Sheena’s saucy singalong songs. Only they’re not all saucy, some are charming ballads and some are just downright odd. These include I’ve Got A Lovely Bunch Of Cocoanuts where Sheena’s in full Shani Wallis-in-Oliver ‘Cock-er-ney’ mode and the slightly bonkers Hey-Ya-Ho which features the all time classic lines: ‘We do the doo-be-doo, we do the kanagaroo’ and ‘Get your knees in the air, Mother Brown doesn’t care’. Please Come Back features a nice haunting organ intro. The song “Shamrock” was used in the last episode of the cult 1960s show The Prisoner (September Ballad).

Most of her records were recorded for the Antwerp-based Baltik label.”

The following video clip DOES NOT feature Sheena but is the opening theme to the show that did feature one of her songs. I love this instrumental opening. http://www.youtube.com/watch?v=mBvc84J_F2E

2 Responses to “Sheena Scott – lp art and some artist info”