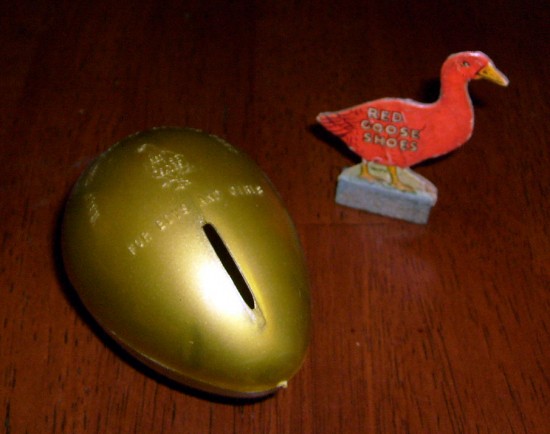 This is a 1960’s golden egg toy savings bank from Red Goose Shoes for boys and girls (the store slogan embossed on the egg is: Half the fun of having feet). The egg is made of metallic gold plastic and comes in two halves and was filled with pieces of candy and little toys (such as whistles, clickers and tokens). When you bought a pair of new shoes, you got to go up to a large mechanical goose and pull it’s neck and it would lay a golden egg! What fun!

I don’t know much about the little cardboard red goose on the wooden stand (which I found in a thrift store). I have seen it once on ebay and it said it was circa 1920’s, but I don’t know.