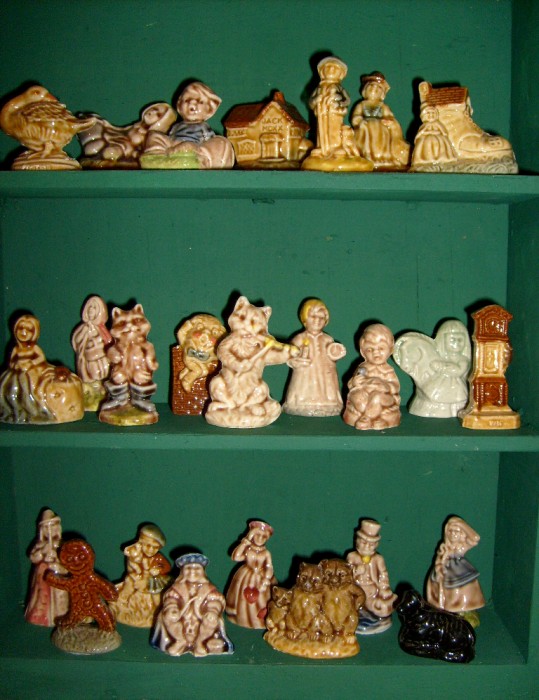 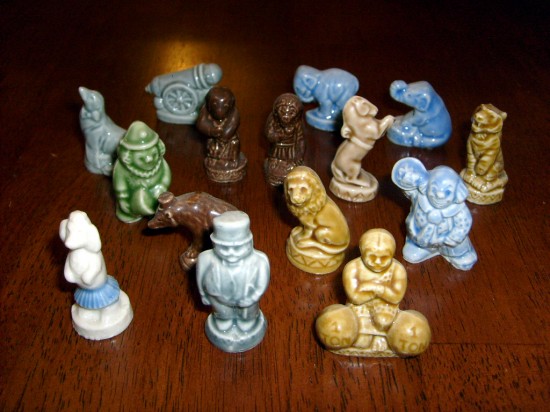 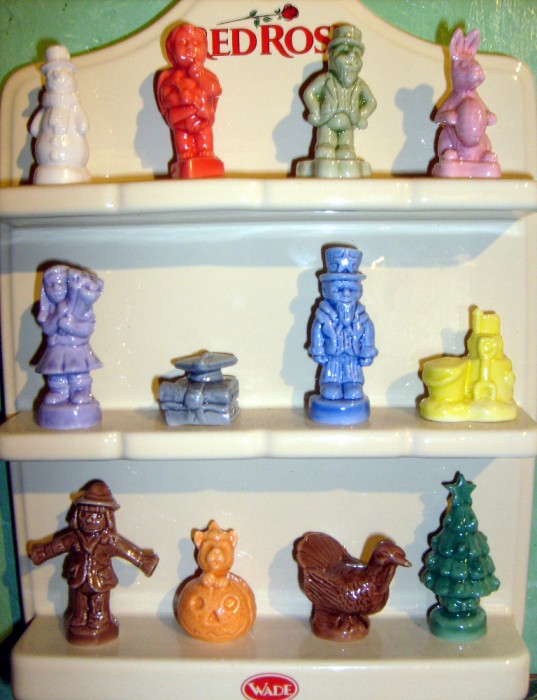 Back in 1967, Canada’s Red Rose Tea began giving away tiny figurines in each box of tea. These little ceramic pieces were called whimsies, manufactured in England by the Wade company. They were originally intended for children, but adults fell for their charm as well. The first whimsies consisted of various animals. Then, in the 1970’s, a collection of nursery rhyme figurines were released (called nurseries). This collection included Mother Goose, Humpty Dumpty, Puss in Boots, Jack and Jill, Little Red Riding Hood and others, and many of these pieces have become quite collectable, and some quite valuable such as the Queen of Hearts and the Gingerbread Man (the Gingerbread Man is very thin thus it often gets broken making it a rare piece). Other collections over the years have consisted of zoo animals, sea critters, endangered animals and circus figurines (released in the 1990’s, my fave is the dancing poodle). To this day, Red Rose continues to put a little Wade in every box of tea (the current collection is a set of calendar pieces).