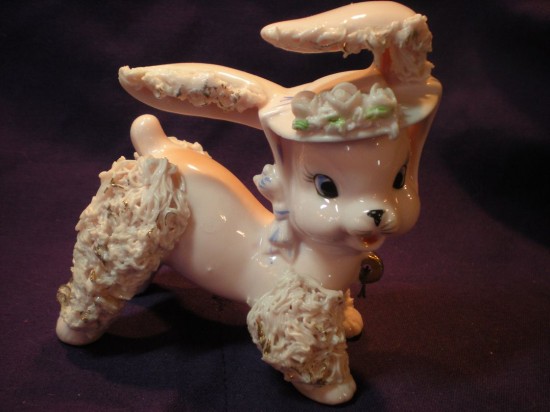 This one is a dog, I guess, but it looks like a bunny. It apparently had a chain and presumably had little ones, but I don’t have them, though I wish I did! I love its long floppy ears that seem to be blowing in the wind. 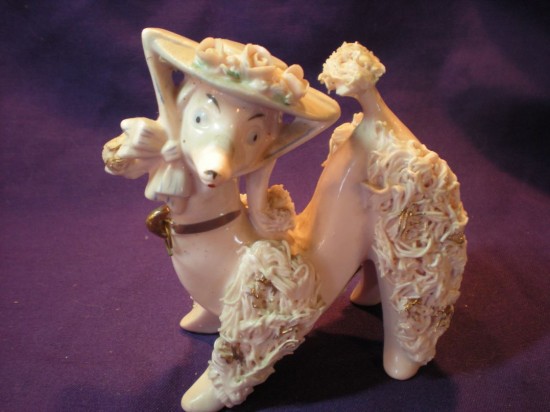 And another poodle in a hat… with a neck-chain and no pups! Argh! Oh well, when you buy on the cheap like me you can’t be too incredibly picky. =) 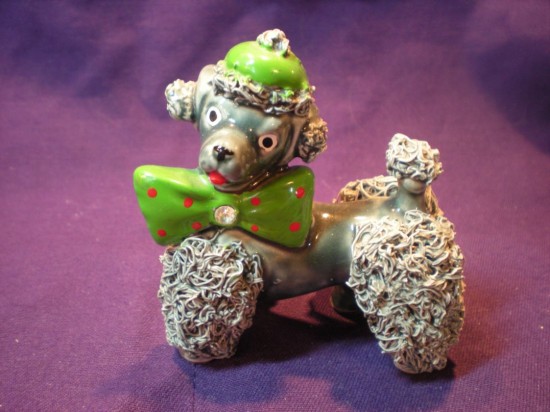 This little one has a hat and a bow tie! Sometimes they have big cat-eye glasses, but I don’t have any of those, but I want one. This one is one of my favorites… he’s small but he cost more than the others. 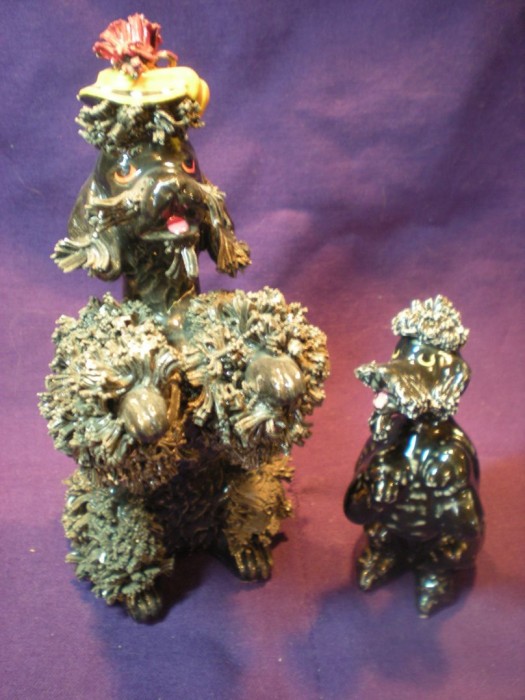 This one in a Scottish-looking tam is pretty beat up, and he was really difficult to photograph, camera didn’t like shiny black object. He’s really a deep black, not at all what he looks like here. His head and tail have both been glued back on (not by me)… And his little pal there. 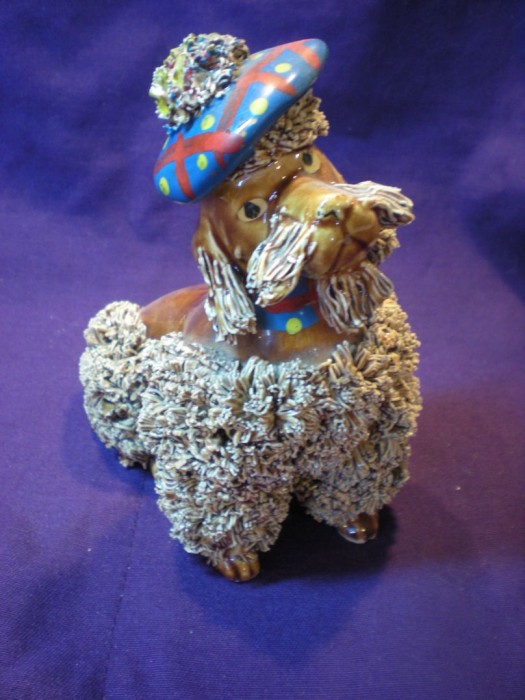 Another poodle in a little tam.