And while the “bio” on the back of this package from the “Heroes of the American Revolution” doll series might relate much of his tale, explaining that Boone was…

“…one of the original Frontiersmen, helped build the Wilderness Road in 1774, which helped to bring thousands of settlers to the Tennessee and Kentucky areas. Throughout his life he fought the Indians in the Missouri and Ohio Valleys, becoming a member of their tribes and finally forcing them out the area. Through his settlements Boonesborough and Boones Station, he kept the Indians too busy to help the British during the Revolution. His greatest story can be read in ‘Last of the Mohicans’ by James Fenimore…”

…my elderly Uncle Romey, who lives in Tennessee, perhaps summed it all up more succinctly a couple of months ago when he told me that, as far as he ever heard way back in the day via the family grapevine, “Daniel Boone was one of the most good-for-nothin’ human beings to ever set foot on this planet…” 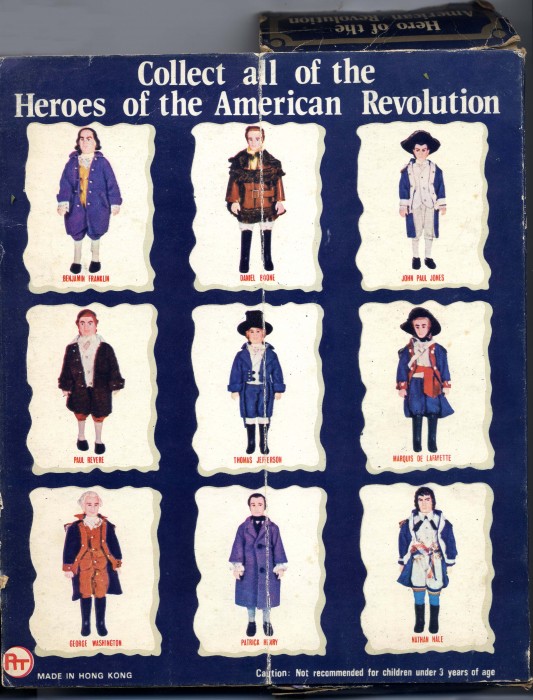